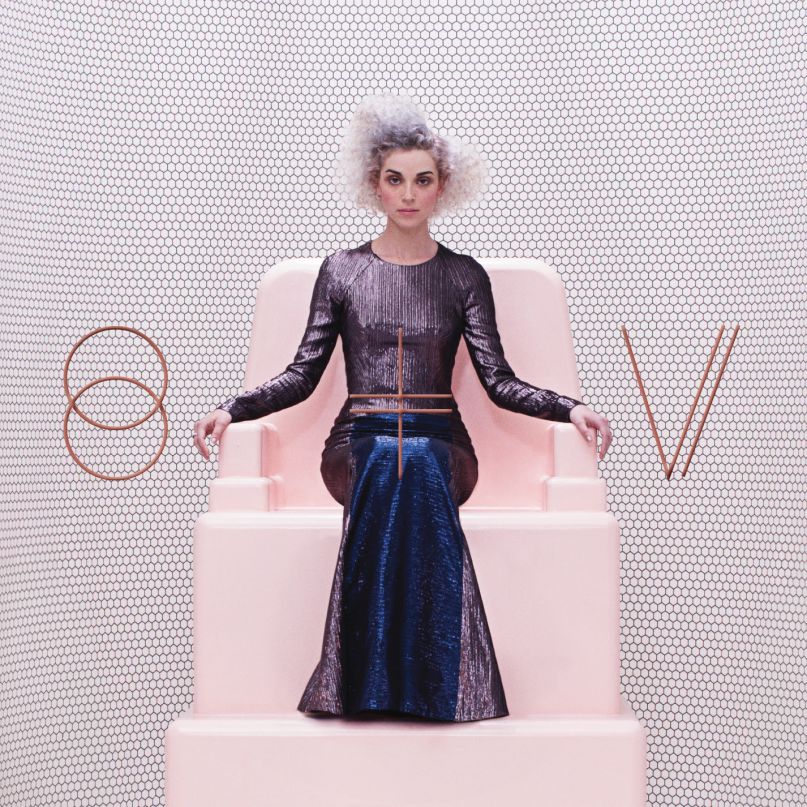 St. Vincent has announced the release of a new studio album: the 11-track self-titled effort will arrive February 25th via her new label home, Loma Vista/Republic Records. It serves as the follow-up to Strange Mercy, which topped our Album of the Year list in 2011.

According to a press release, Annie Clark demoed extensively in Austin before heading into the studio in Dallas, where she recorded alongside Dap-Kings drummer Homer Steinweiss and frequent collaborator McKenzie Smith of Midlake, along with producer John Congleton.

In an interview with Smithsonian Magazine, Clark said she treated the recording process like it was “her day job,” explaining, “If you’re a writer, you have to write. If you’re a musician, you have to make music. I would go out there every morning like I was going to work. I wanted to go someplace to write that wasn’t New York. It was February and I wanted to be somewhere warm. When I wrote Strange Mercy, I did something similar in Seattle.”

“I knew the groove needed to be paramount,” Clark added in an issued statement. “I wanted to make a party record you could play at a funeral.”