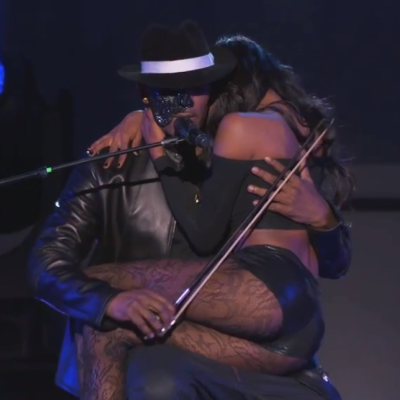 The last few times R. Kelly appeared on TV (barring any Trapped in the Closet re-runs), he engaged in simulated sex acts with Lady Gaga. While it’s hard to beat that kind of quality television, there was still plenty of sexual magic to go around on last night’s episode on Jimmy Kimmel Live!. In support of his upcoming album, Black Panties, Kels crooned through a medley of “Genius”, “My Story”, and “You Deserve Better” with help from 2 Chainz. He also re-enacted the album’s cover, proving once and for all that he can play a human violin like the best of ’em. Watch the replay below.