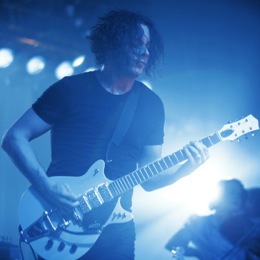 Maybe the most meta concert film of all-time, Another Day, Another Time will chronicle the concert celebrating the release of the Coen brothers’ latest film, Inside Llewyn Davis. That’s right, it’s a film about a concert inspired by a film.

The concert, which took place in September at New York City’s Town Hall, was headlined by Jack White. In fact, aside from his appearance at the Grammys, it marked White’s only live performance of the entire year. Below, you can watch footage of him performing The White Stripes’ fan favorite “We’re Going to Be Friends” (via Vulture).

Another Day, Another Time premieres December 13th on Showtime, while Inside Llewyn Davis hits theaters on December 20th