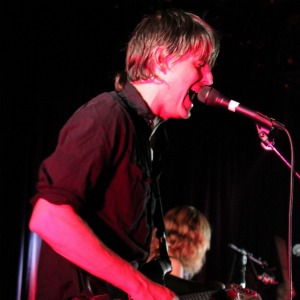 Even with some of his signature beats (A$AP Rocky’s “Lvl” and “Hell”, plus Mikkey Ekko’s “Pull Me Down”, to name three from 2013), New Jersey’s Mike Volpe has produced well-manicured music that works, though rap-based, without a rapper present. Better known as Clams Casino, he arrived in 2010 with a syrupy, pressurized sound and an approach partly shaped by past misfortune. That’s actually his explanation of things: To rejuvenate his sound during one dry spell, he’s said, he began to formulate his beats so that they’d glow as instrumental music. And he’s stayed with it. The latest in his series of instrumental mixtapes is not just logical; it’s another easy opportunity to examine how much he’s come to shape rap’s infinitely sprawling landscape.

Surely, Volpe paid some attention to this tape’s sequencing, but we’re not talking about a Flying Lotus album. Instrumental Mixtape 3 is a varied listen, demonstrating Volpe’s repertoire without losing continuity. There is one point in which his penchant to change things up stumps him, and that’s “Youforia”, the overly confetti-like closer from Mac Miller’s Watching Movies with the Sound Off. Otherwise, he’s mostly tailored his usual aesthetic around different hip-hop subgenres. DOOM’s “Bookfiend” traverses into the thumping leftfield underground, while Mac Miller’s “Bird Call” is stamped with a hard-hitting boom-bap kit. Songs like “Freeze” and “Haunt” unfold smoother than others, but the tape is filled with production choices that lend each song an instant boost in flow — see the delectably placed finger-snaps of “Bookfiend”, for instance. The biggest change in Volpe’s style here is that he’s less frequently compelled to sample the human voice — one of the hallmarks of his style, as displayed by productions like A$AP’s “Palace”. Three deep into this series, Volpe is consistent enough song to song that it’s unlikely he’ll have to tweak his sound even that much to keep listeners around.