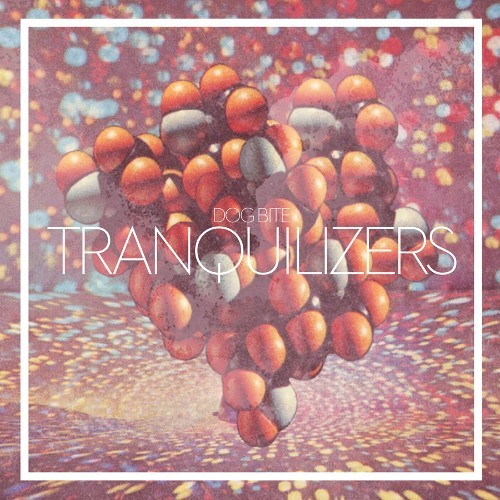 Dog Bite started as the solo project of Washed Out’s Phil Jones, a way for him to escape the confines of that group’s chillwave reputation and flourish with a number of diverse influences and sounds. After releasing his debut, Velvet Changes, in early 2013 on Carpark Records, Jones brought on a few more bandmates from groups like Balkans and Mood Rings and began work on his sophomore effort, the aptly titled Tranquilizers. This album will literally make you go numb if you don’t move around while listening to it. The music is woozier than Dog Bite’s first record, like the engineer was sipping some purple when he mixed it, but it creates a darker, more cerebral listening experience that pays off.

This album diverges from the straightforward chillwave of the first, progressing into other realms that are heavily present during each track. Leading up to the album’s recording, Jones said that he had been listening to a lot of Otis Redding and Isaac Hayes, looking to find a more soulful sound but still find a way to bring the production to a darker place. “Clarinets”, a woozy ballad that finds itself oddly stuck in the middle of the album, showcases Jones’ yearning lyrics over a hazy synth and a simple drumbeat. The scarcity of lyrics on the album provides space for the instrumentals to flourish and for the band to find their esoteric foothold. “Lady Queen” is one of the few songs on the record that sounds like a legitimately structured song, providing a memorable guitar riff and powerful support from the other band members. Jones’ singing on that track stands above the rest, weaving his dizzy vocals through the lush background.

At a certain point, the album starts to blend together. Jones and his crew have crafted a doozy of an album, encapsulating the feeling of being really, really stoned from desolate winter through the brightest days of summer. Tranquilizers is a fitting companion piece to Velvet Change, providing two ends of the spectrum that Jones has found himself in. His evident comfort with this material is encouraging, but it’s clear that there’s still room to progress for Dog Bite.

Essential Tracks: “There Was Time”, “Lady Queen”, and “Tuesdays”