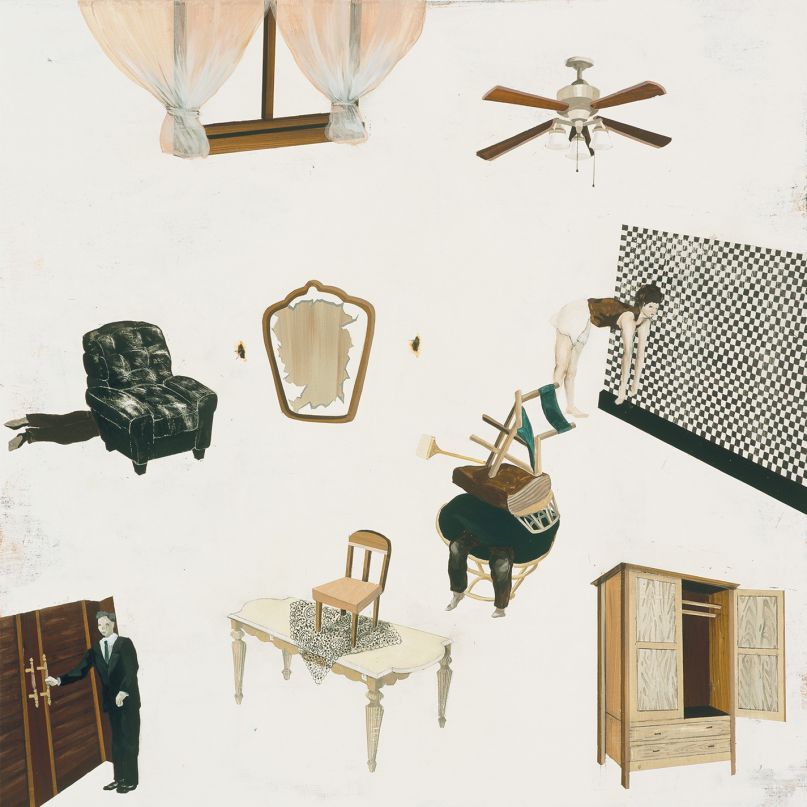 Joey Stefano had HIV when he died, but that’s not what killed him. A combination of heroin, morphine, ketamine, and cocaine coursing through his blood in addition to the virus ended his life when he was just 26 years old. On “Soft Season”, Christopher Barnes imagines the inner life of the young, gay porn actor, the exhaustion left in the wake of his work and his addiction. “I’m a boy on my bed, and no more of a man,” he sings. When he gets to the line, “I’m soft for the season,” both a sexual and a spiritual limpness seem to afflict the songwriter as he sings through Stefano’s avatar.

Gem Club’s music hangs in the same satin-dressed space as queer artists like Perfume Genius and Antony & the Johnsons, but the three make a constellation, not a cliché. On their second album, In Roses, the Massachusetts trio make use of a wider sampling of instrumentation than the piano/cello/voice triad that powered their debut. They recorded this album in a real studio with additional personnel, not in Barnes’ bedroom, but the music’s essence stays unchanged. Like Breakers, In Roses flows through a series of sad, slow dirges. The new layers don’t deepen the songs so much as they ornament them.

This might be a better dressed Gem Club, but it lacks some of their debut’s nakedness. Barnes’ diction gets muddied somewhere in the production here; while ballads like Breakers’ “Black Ships” rang with perfectly articulated lyrics, In Roses smears its voices, letting only the occasional phrase come through intelligibly (like, “it’s bringing me down” on “Idea for Strings”, a line that hardly needs to be stated). The music is very pretty, but in the past they had pretty words to match. In fact, some songs have no language at all this time around. Instrumentals “[Nowhere]” and “QY2” are interesting experiments, but they don’t add much to the fully-fleshed pieces that surround them. At 51 minutes, In Roses could have done without the extra weight.

Since Breakers, Barnes has conceived of loneliness as a disease located in the blood. In Roses lets him further elaborate his delicate elegies, but his songs tend to live best when he grows them himself from start to finish.