Young the Giant – Mind Over Matter 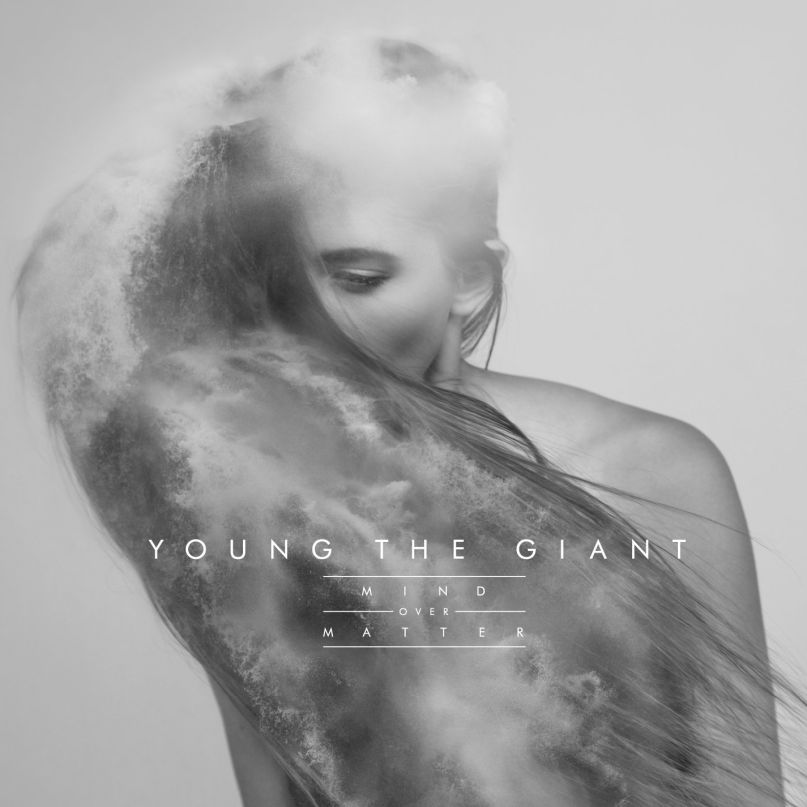 The curse of the second album. Some careers are built slowly, album after album showing a band growing into their own, finding a sound, perfecting that sound (see: The National). A very, very rare few crush it out of the gate, dropping a goddamn near perfect first album and then keeping it up as the years progress (see: Arcade Fire). Another subset of bands have the good fortune of putting together a remarkable first album, but then stumble on the second. That particular list of cautionary tales seems abundant. MGMT had a genre-defining first record, then saw little critical or fan love from their second venture. The Killers’ first album had the previously unknown band filling arenas within months, but subsequent efforts never quite mainlined the zeitgeist again.

In 2010, an unknown group of lads out of Irvine, California, released their first record, the eponymous Young the Giant. This remarkably polished first outing established the band as purveyors of a sort of radio-friendly indie rock that combined pop hooks, soaring vocal and guitar lines, and a hazy sheen of Cali-born good vibes that earned easy, if repetitive, comparisons to drives along the PCH or late summer bonfires at Huntington Beach. Young the Giant found a sweet spot in sugary pop rock with just enough indie cred to let the beardos enjoy without first soaking themselves in Irony Cologne (TM pending). The vast majority of bands never write a classic pop tune, but Young the Giant did it twice on their first album. “My Body” and “Cough Syrup” are stone-cold hits. Surrounding those hits are a string of solid-to-exceptional tracks, making Young the Giant an enjoyable listen from beginning to end.

The quintet’s sophomore effort, Mind Over Matter, documents the metamorphosis of the band from indie darling who could to full-blown arena rock overlords. The post-prog elements — grandiose guitar, skittering percussion fills, overblown vocals — have always been a part of their sound, but on “Mind Over Matter” these elements have been cranked up to nine out of ten on the scale of Muse-ness).

This is a kind of progress, and perhaps we should be heralding a band for becoming who they’ve always wanted to be, but fans of the earnest storytelling and indie-friendly rough edges of Young the Giant will be left wanting. Gone are the simple lamentations about walking to and from a lover’s apartment in the rain. Replaced, for example, by the love song-via-rumination of astral objects hurtling through space (or something) in “Crystallized”.

“Crystallized” and “It’s About Time”, not coincidentally the lead singles from the album, both deal in ballsy, bro-riffic power pop. There are shouted choruses, lurching lead guitar lines (with a dark touch of metal), matching keyboard melodies, and bridges that reek of Mars Volta homage. All the gloss and shimmer doesn’t add to the overall enjoyment of the album, but presents a wavering distraction from the content. Take for example “Mind Over Matter”, which asks, “If the over-the-top guitar and vocals aren’t enough, why not throw in a smattering of canned synth-strings?”

Young the Giant are a technically proficient group who no doubt shred through these tracks during live performances, but the over-production is an impediment to enjoying the individual performances. For example, on “Daydreamer” one must wade through layer after layer of gloss (and more canned strings) to focus on the intriguing, snaking guitar riffs.

Young the Giant’s best asset has always been the tremendous power and range of  lead singer Sameer Gadhia’s vocals. At points it feels like Mind Over Matter producer Justin Meldal Johnson bent over backward to create mixes that could compete with Gadhia’s strength. Virtuosic talents like Gadhia’s often sound best when given room to breathe and expand, as on Young the Giant’s “God Made Man” or Mind Over Matter’s “Firelight”, where a simple plucked guitar line and atmospheric tones serve as a platform, not competition for Gadhia. The result is the sweetest and most emotionally impactful song on the record. In the absence of bombast, something like genuine emotion shines through. Almost halfway through the song, Gadhia holds a softly invoked note for roughly 20 seconds before finishing with a flourish. On an album so choked with production, the simplest moment is its most affecting.

Bands grow, they change, they become newer versions of themselves. Sometimes this is inevitable. Sometimes it’s progress. Other times a band turns into something unfamiliar. It seems that Young the Giant are well on their way to becoming the arena rock gods they, perhaps, always imagined they would be. As they travel this path, they might just add thousands of new fans, thereby obscuring the loss of many early supporters.