Belle and Sebastian, Flea to perform at Sundance Film Festival 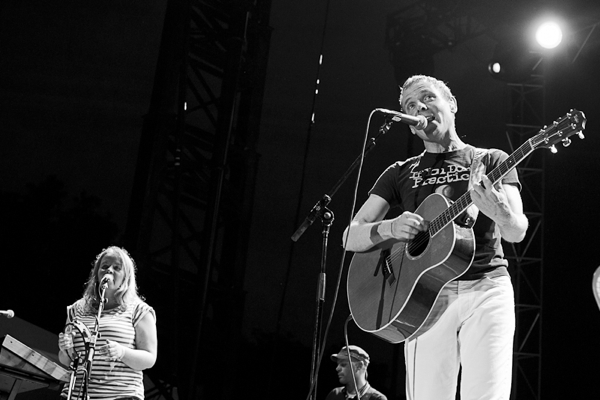 The Sundance Film Festival will take over Park City, Utah on January 16th-26th, but it won’t only be bringing an influx of Hollyweird stars to the snowy city. Belle and Sebastian and Red Hot Chili Pepper bassist Flea will perform at separate events surrounding their respective films’ premieres at Sundance.

Belle and Sebastian will perform on January 20th at the Festival’s Music Café in support of frontman Stuart Murdoch’s film God Help The Girl. Murdoch wrote and directed the film himself while the other band members worked on the film’s music and other various aspects. God Help The Girl is the story of a woman in Glasgow who discovers songwriting as a way to overcome her emotional issues, and the journey music takes her on. More information, including tickets, can be found by emailing belleandsebastianatsundance@gmail.com. A press release announcing the concert also notes that the band is about to begin recording their ninth studio album, which will be released through Matador Records.

As for Flea, he’ll be taking part in January 19th’s “A Celebration of Music in Film” event at the Sundance House. The RHCP bassist will share the stage with his Low Down cast and crew-mates, including composer Ohad Talmor and actress Elle Fanning, who will deliver a reading. Low Down is about the life of pianist Joe Albany as his young daughter watches him fight drug addiction amidst the jazz scene of the ’60s and ’70s. Other acts performing at the event include The Fela! Band, showcasing songs form Finding Fela, a film honoring the legend of Afrobeat founder Fela Kuti; and Canadian musician Rae Spoon, who will play songs from the docu-musical My Prairie Home. You’ll need festival credentials to get into “A Celebration of Music in Film”, though a number of guest spots will be given away via the @sundancefestnow Twitter account.