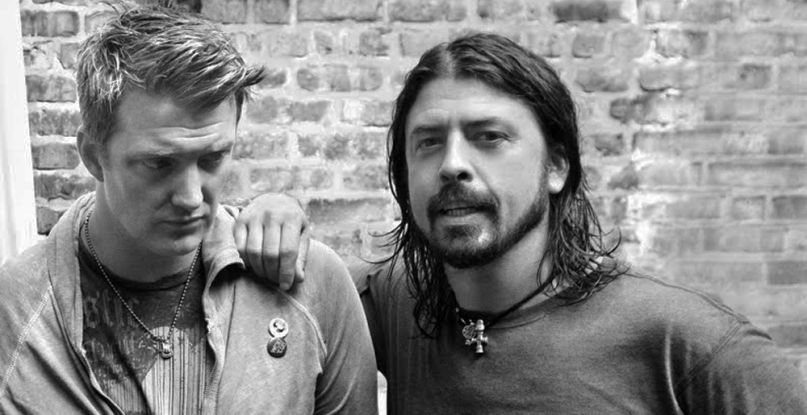 The 2014 Grammy Awards promise the return Daft Punk, the reunion of Paul McCartney and Ringo Starr, and Metallica playing with a Chinese pianist. But it’s the evening’s final encore performance that could prove the most epic. As SPIN reports, Dave Grohl, Nine Inch Nails, Queens of the Stone Age, and Fleetwood Mac’s Lindsey Buckingham will team up for a joint performance to close out Sunday’s telecast. This certainly makes up the time they paired Foo Fighters with deadmau5, no?

Grohl, of course, has been a longtime collaborator of both NIN and QOTSA. Meanwhile, Lindsey Buckingham appeared in his recent directorial debut, Sound City. It’s unclear what they’ll be performing at the Grammys, but Grohl, Trent Reznor, and Josh Homme did recently collaborate on an original track called “Mantra” for Sound City. Grohl also drummed on QOTSA’s new album, …Like Clockwork, while Buckingham appeared on NIN’s Hesitation Marks. Or, they could go old school and perform something from QOTSA’s Songs For The Deaf or NIN’s With Teeth, both of which featured Grohl on drums. They could also bust out a song from Grohl and Homme’s super-side project Them Crooked Vultures. So, yeah, the possibilities are kind of endless.

All our acts are also up for awards at the 2014 Grammys: Grohl’s Sound City collaboration with Paul McCartney, “Cut Me Some Slack”, is up for Best Rock Song; NIN’s Hesitation Marks is nominated for Best Alternative Album; QOTSA’s …Like Clockwork is in the running for Best Rock Album and their song “My God Is The Sun” for Best Rock Performance; and Buckingham’s collaboration with Delta Rae, “If I Loved You”, earned Rob Cavallo a nod for Producer of the Year.

The 2014 Grammys take place at the Staples Center in Los Angeles on January 26th and will air on CBS. Other performers include Beyoncé, Kendrick Lamar, and Lorde, among others.

Below, watch Grohl, Reznor, and Homme together performing “Mantra”: