Dusting ‘Em Off: Alice in Chains – Jar of Flies 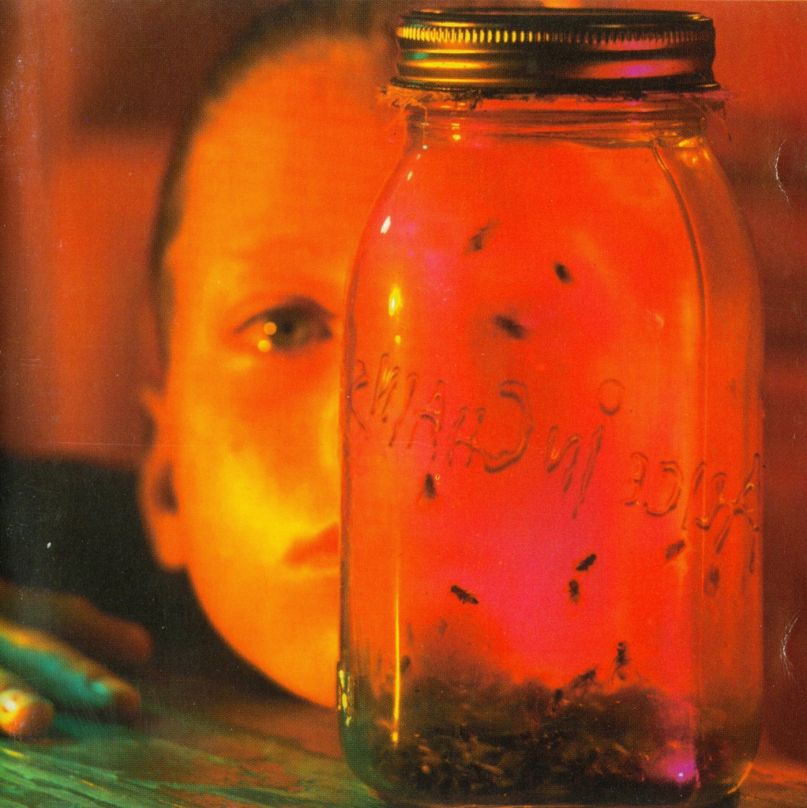 Thirtysomethings, like myself, are probably the oldest generation who can relive our childhood and adolescence in their entirety via online media. If we watched it, listened to it, ate it for breakfast, or played with it, no doubt it’s preserved for posterity someplace online—and usually only a simple (and, occasionally, even legal) click away.

In music terms, nothing really goes “out of print” anymore, which makes it all the more tempting to revisit the dozens of records we each practically gave away to used CD stores during college for a piffling couple bucks apiece. Of course, this is precisely where my generation’s addictive nostalgic impulses—exacerbated by everything being readily downloadable, streamable, or Tube-able—prime us for disappointment. Often, the music we once loved and championed in our youth now induces embarrassed cringes, leaves us with a disheartening sense of ennui, or, perhaps most painful of all, renders us completely indifferent.

Indifferent. That’s how I feel towards almost all of the records I grew up listening to. As a white, middle-class male coming of age and buying albums in the early ‘90s, that means I’ve primarily turned my back on grunge. Not grunge in a Sub Pop 200 sense, but rather grunge as it relates to the sounds that saturated alt rock radio post-Nevermind, sent me rummaging through bins of flannel in thrift shops, and inspired me to once name a cousin’s goldfish Eddie Vedder.

Alice in Chains’ 1994 Billboard-topping EP, Jar of Flies, stands as one of the rare exceptions to my adult self’s blanket dismissal of all things grunge. Nestled between the grimy sludge metal of 1992’s Dirt and the group’s 1995 self-titled swan song with the late Layne Staley as singer, Jar of Flies blazes a dark and shimmering trail unique to both the band’s catalog and grunge. So, in the spirit of Erin Carson and Amanda Koellner’s weekly Five Reasons feature, here are five reasons Jar of Flies is still worth opening 20 years later.

And Now for Something Completely Different…

You can almost imagine John Cleese, or one of his Python brethren, cutting in before the beginning guitar flexes of opener “Rotten Apple” and matter-of-factly announcing: “And now for something completely different.” After the rusted hypodermic left in a vein for three days that was Dirt (the sessions for which the band have described as a cocktail of hard drugs, alcohol, and clinical depression), reason stands that Alice would opt for the more soothing, escapist sounds found on Jar of Flies. Self-torment and personal demons still runneth over, but compared to Dirt, it’s as though the band are singing about raindrops on roses and whiskers on kittens.

Apart from spots on fellow left turn Sap (the band’s 1992 acoustic EP), lead guitarist Jerry Cantrell had primarily leant vocals to Alice’s signature harmonies. On “Don’t Follow”, a soulful parting of ways, Cantrell gets the chance to take the lead. His stark, plaintive delivery offers a lovely counterpart to Staley’s grittier, slurring croon. It’s a dynamic revisited on follow-up LP Tripod, and Cantrell would go on to sing lead on two solo records and share co-lead vocal duties with singer/guitarist William DuVall when Alice reformed in 2005.

Kids of the ‘80s and early ‘90s have a soft spot in our hearts for Claymation. If you were watching television during those years, for better or worse, creations like Gumby, Wallace & Gromit, Rankin-Bass holiday specials, the California Raisins, and the dinosaur family living behind the mouse hole in Pee-wee Herman’s playhouse all carry the aforementioned nostalgia factor. So, what could be better than our favorite grunge band getting the clay treatment in the video for “I Stay Away”? Join clay Layne, Jerry, Mike (Inez), and Sean as they make a pit stop at the creepiest roadside circus imaginable, and see the chaos and tragedy that ensue when a young punk unleashes the flies from his jar.

Ma, I Got Violins in Me Grunge

Nowadays, it seems like most rock bands have a full philharmonic on standby. Back in the early ‘90s, though, about the only stringed instrument (other than a guitar or bass) I really recall hearing on alternative rock radio was Camper Van Beethoven’s violin. So, yeah, it was surprising to hear violins (and other strings foreign to grunge) buoying and accenting the sublime, rippling “I Stay Away”. (Incidentally, a year later strings would dominate the rock charts with Collective Soul’s “The World I Know” and Smashing Pumpkins’ “Tonight, Tonight”.)

End of an Era

Purely from a fan’s perspective, Jar of Flies feels like an end to an era. A week in a recording studio with zero expectations yielded seven songs and thirty minutes unlike anything else that emerged from that influential Seattle scene. As Staley put it in an interview about the recording sessions, “For us, it was just the experience of four guys getting together in the studio and making some music.” That’s a damn good week in anyone’s book and so much nicer to remember than the years to come when Staley’s demons would sideline the band entirely and finally take his life in 2002.

On gorgeous lead single “No Excuses”, Staley and Cantrell share the following verse: “You’re my friend/ I will defend/ And if we change/ Well, I love you anyway.” It’s a simple and beautiful sentiment about friendship, and it’s how I prefer to remember one of the favorite albums and bands of my youth.