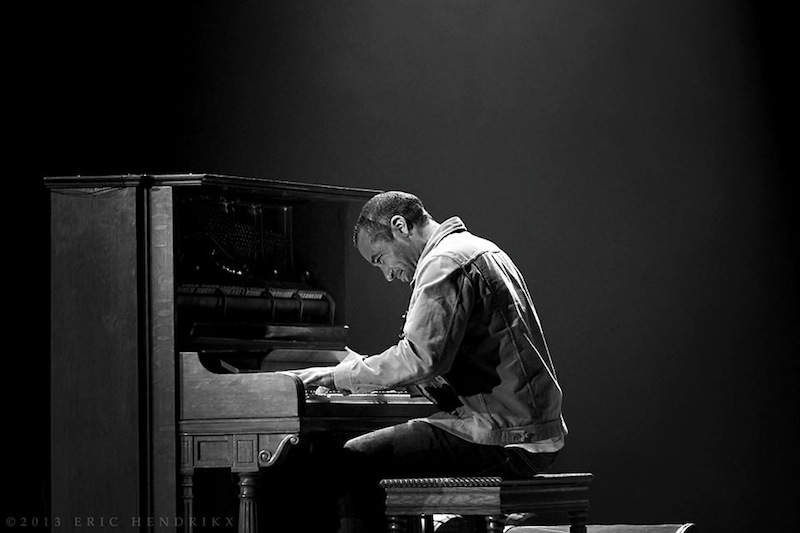 Ben Harper is known mainly for his guitar chops, but he’s putting down the axe for his contribution to Starbucks’ Sweetheart 2014 compilation album. Instead, he pulls up a piano stool and delivers a gentle cover of Mazzy Star’s 1994 single “Fade into You”.

It’s an interesting choice, considering the original version is driven as much by acoustic guitar as piano keys, but Harper is going for a different feel with his rendition. By paring the track down to slow, full piano chords, Harper imbues it with a haunting sense of loss. The wavering of his voice as he enters the chorus does little to mask the delicate sadness as he sings Hope Sandoval’s words. Take a listen below.

“Fade into You” is just one of 13 covers of popular love songs featured on Sweetheart 2014, available exclusively in Starbucks stores or digitally via Concord Music Group. While we’ve also already heard Vampire Weekend’s take on “Con te Partirò”, Beck do John Lennon’s “Love”, and Fiona Apple cover Anton Karas’s “I’m in the Middle of a Riddle”, the album also features contributions by Jim James and Phosphorescent. See the full tracklist below.