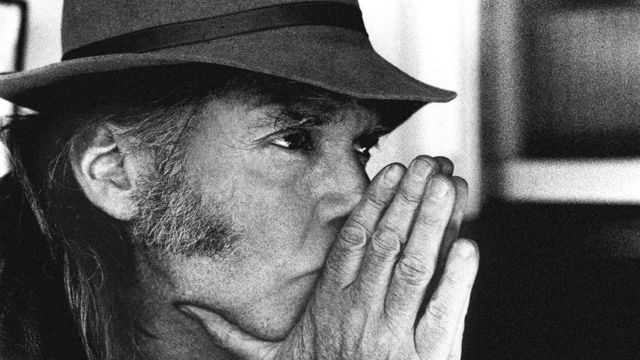 Neil Young will return in March with a new album entitled A Letter Home, according to Rolling Stone. Young confirmed the news while attending the Producers and Engineers Wing’s annual Grammy party last night, where he received the President’s Merit award.

What isn’t clear, however, is Jack White’s involvement in the project. Earlier this month, it was reported that Young had recorded a covers album at White’s Third Man Records Studios in Nashville. This morning, though, Young’s Facebook page dismissed these “false rumors,” writing, “Neil Young and Jack White are not doing a record of duets as has been erroneously posted on various outlets. We are certain those rumours have no basis in truth.”

Now, if you’d allow me to pick apart that statement for a moment. Journalist Michael Goldberg’s initial report never mentioned a duet album. I think most people just assumed White had been recruited to produce the project, and that statement doesn’t indicate otherwise.

And here’s an interesting theory for you to chew on: Speaking with Rolling Stone, Young said the album is “one of the lowest-tech experiences I’ve ever had,” but didn’t elaborate beyond that. Could it be that Young recorded the entire project inside White’s Third Man Recording Booth? If you recall, Young recorded a cover of Bert Jansch’s “Needle of Death” inside the booth during Record Store Day 2013.

Update: To add fuel to my theory, Third Man Records just tweeted about Young’s A Letter Home, writing, “An unheard collection of rediscovered songs from the past recorded on ancient electro-mechanical technology.”

Also, Young revealed during last night’s acceptance speech that his long-in-the-works digital music service PONO will launch at South by Southwest in March. With PONO, Young’s No. 1 goal is to enhance the quality of recording. What better way to demonstrate your product than by releasing a brand new album, recorded inside a refurbished 1947 Voice-O-Graph.