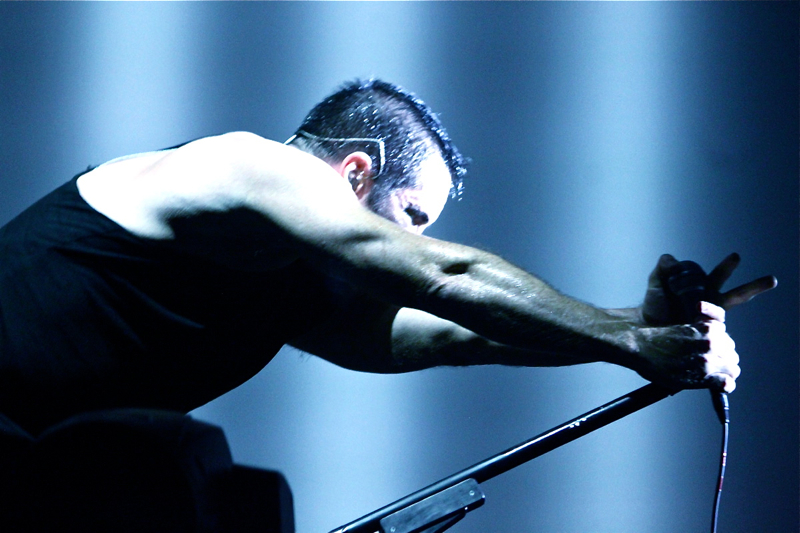 Between a slew of tour dates with Nine Inch Nails, the launch of Beats Music, and scoring David Fincher’s next film Gone Girl, Trent Reznor seems to be busy as ever. However, he has no plans to slow down, and as he revealed in a new interview with Rolling Stone, he even hopes to put out new Nine Inch Nails music later this year.

We’re leaving to go to tour mid-to-late February, in Australia with Queens [of the Stone Age]. We’ve got dates booked through the end of the summer. A lot of touring ahead. Just started on a new product. Can’t tell you what it is yet. It will take place while touring. New music maybe this fall. Every spare second, and even seconds that aren’t spare, are trying to wrangle this new creation into shape.

Really? What else can you say about the recording project?
That’s more than I should’ve.

Reznor and Nine Inch Nails are less than a year removed from their first album in five years, Hesitation Marks. As for those tour dates Reznor mentioned, you can find all the ones currently announced below. He previously mentioned plans for a new leg of North American tour dates in 2014, which will feature a newly configured lineup, plus changes in the setlist and stage presentation.