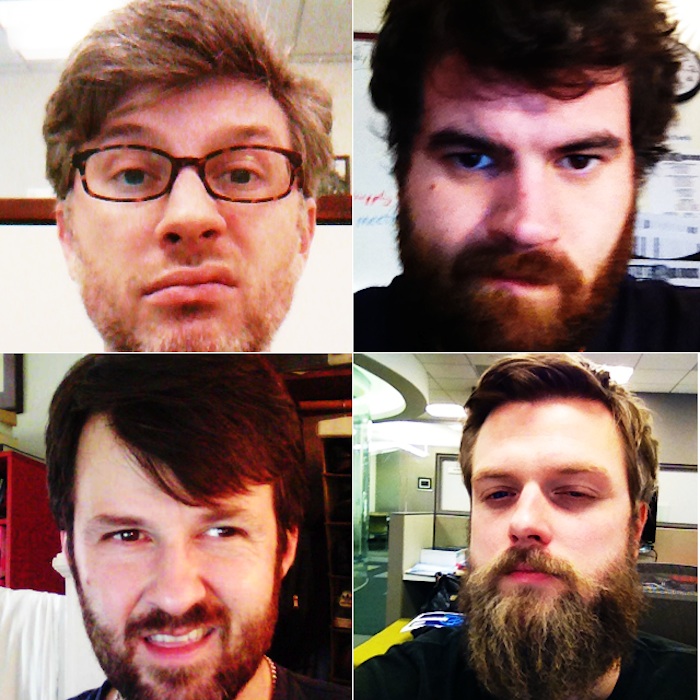 Last year, The Dismemberment Plan released their fifth album, Uncanney Valley. But it seems that’s not all frontman Travis Morrison was working on. This week, Morrison’s side project, the bearded, Brooklyn-based act, so appropriately dubbed The Burlies, let loose their debut EP.

The collection is not so far removed from the D-Plan’s quirky, experimental rock, and in just three songs manages to highlight the different faces of The Burlies. Opener “In a Never-Ending Way” is a breezy, pastoral-type number for those long road trips down dusty highways. The closing track “On Ice” sets a mood in much the same way, a chilled and almost bluesy bit about the ups and downs of a relationship. (The protagonist’s “out in the doghouse” and there are barking sounds in the background and it’s just weirdly perfect).

But among the bunch, the best is “The Ocean”, a song the band had previously released last summer. It’s an awesomely unpredictable and messy march of crunch, pounding aggression, and bizarre fright. Throughout the track, Morrison talks of “skeletons in the van”, “church bells in the fog”, and vanishing “into deep space”. As a whole, it’s probably not supposed to make sense, but somehow it really, really does.

Check out the entire EP below.