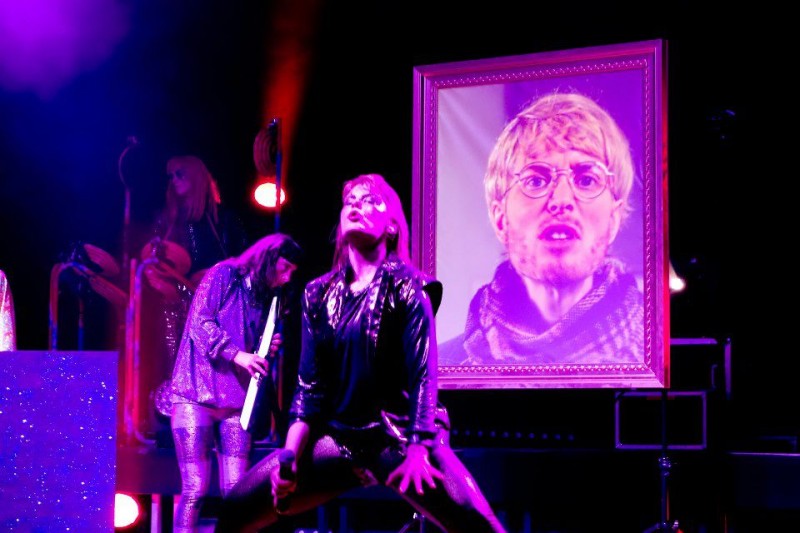 Last spring, in support of their first album in seven years Shaking The Habit, The Knife staged a series of concerts/performance arts across the UK and Europe. Described as “misanthropic, challenging and artful”, these somewhat controversial performances involved, among other things, “absurdist aerobics” and “danceoke”. Now, the pair has announced plans to bring their elaborate live show to North America to coincide with their sets at April’s Coachella.

According to a blog post, the concert has been “tweaked”, including the addition of new songs, but these are still looked at as a continuation of the European festivities. Light Asylum’s Shannon Funchess, who also sang on Habitual, will perform on the tour.

Here, The Knife explain the intentions behind this latest set of dates:

Shaking the Habitual, the album, lays the groundwork for this show. Based on the artistic and political ideas therein, we play with the expectations and question habits of the concert, the dance performance, the club and the music festival. Working within a highly commercial, professionalised and male-dominated music industry, we strive to twist and strangle hierarchies to find other ways of organizing work and its conditions. Disrespecting borders between digital and analogue, fake and real, professional and dilettante, star and cast, experimental acts and glamorous shows, nature and culture, audience and artist, blood family and chosen family, dance and action, a Buchla and bongo and the sound of a hit and a kiss.

For a taste of what American audiences can expect, watch the live video for “Raging Lung”, taken from a May 2013 show at Stockholm’s Hangaren Subtopia.