Trent Reznor says “FUCK YOU” to the Grammys 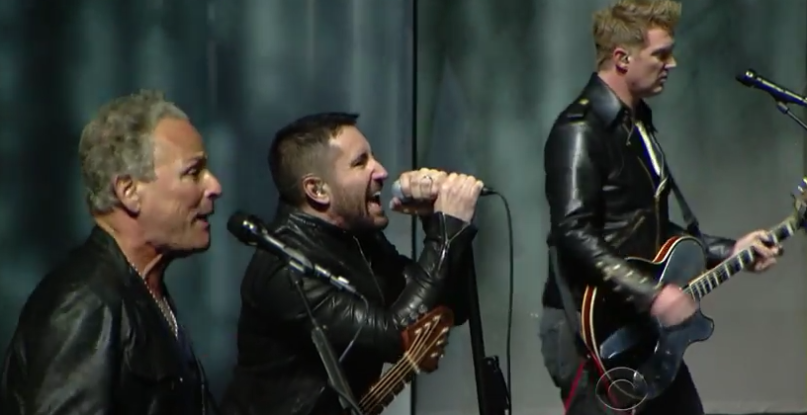 ICYMI: Dave Grohl, Trent Reznor, Josh Homme, and Lindsey Buckingham were the closing act at last night’s Grammys Awards. However, due to the telecast running several minutes late, their performance was cut short in favor of the credits, commercials for Hilton Hotels and Delta Airlines, and a teaser for this week’s episode of Criminal Minds.

Reznor was none too pleased and took to Twitter to voice his frustrations:

Music's biggest night… to be disrespected. A heartfelt FUCK YOU guys.