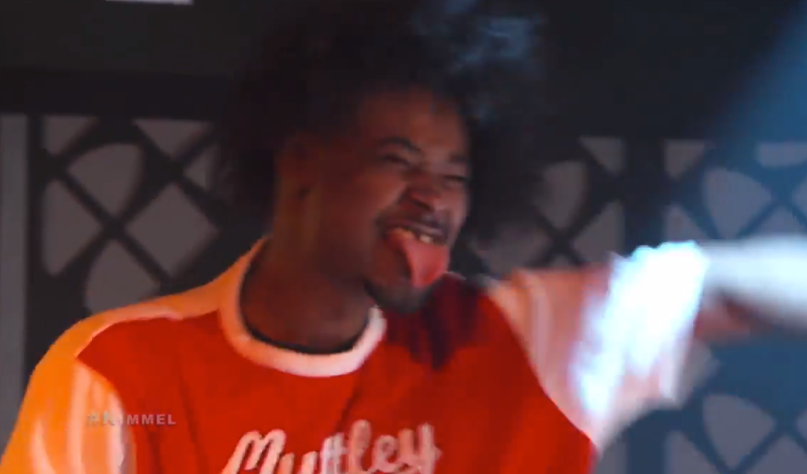 Though Internet-famous, Danny Brown is still a relatively unknown commodity in mainstream music. His latest effort Old was one of the best albums of 2013, but sold just 15,000 copies in its opening week. And despite cosigns from Questlove, ASAP Rocky, and even Kathy Griffin, many best know Brown as the guy who received oral sex while performing on stage. Last night, however, Brown’s music got a chance to shine in the public spotlight as he made his television debut on Jimmy Kimmel Live!.

Accompanied by Purity Ring singer Megan James, Brown whipped up a blazing rendition of “25 Bucks”, and seemed genuinely pleased with the results. “Thank you. You did great, baby,” Brown can be heard telling James in an intimate embrace captured on mic. Then, as he so often does, Brown stuck out his tongue and smiled to the audience. It was sincere and emotional moment for a rapper who deserves so much more notoriety.