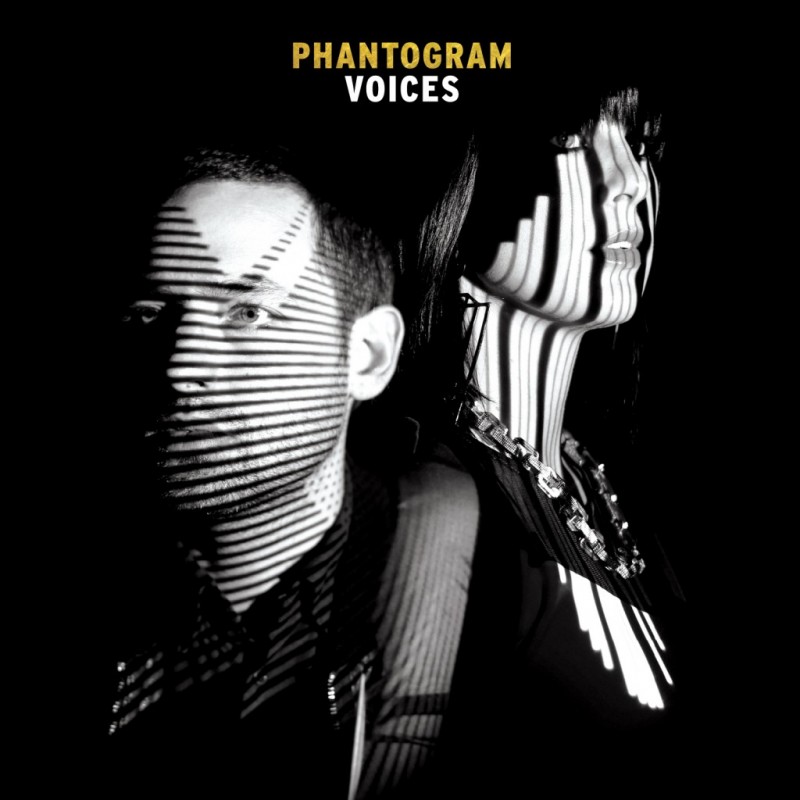 When Phantogram released their first LP, Eyelid Movies, in 2009, they were the little electropop duo that could. Earlier that year, Sleigh Bells erupted on the scene, defining a new electropop sound and threatening to overshadow their peers. As Eyelid Movies made the indie blog circuit, it gained some well-earned acclaim. The duo of Josh Carter (guitar, vocals) and Sarah Barthel (keyboards, vocals) found a sweet spot between the swaggering guitar-led heroics of The Kills and the grungy, aggressive pop sound that Sleigh Bells had just popularized. In the five years since, Eyelid Movies continues to garner indie rock adoration. While Phantogram hasn’t released a full album in the interim, they kept audiences in touch with a series of well-received EPs and unique collaborations, including their work with Big Boi on his most recent album, Vicious Lies and Dangerous Rumors (most notably the killer “Objectum Sexuality”). They’ve also maintained a steady presence on tour, playing the major summer festivals and their own headlining international tour. Suffice it to say, Phantogram’s second album, Voices, came into 2014 as one of the year’s most anticipated albums.

Serious fans, those that spent those five years clamoring for new material, are unlikely to be disappointed with the rich return of so many hallmark elements. Carter’s slinky, deceptively simple guitar lines both push the melody and twist a serpentine path above, below, and through. The moody electronic backdrop remains, part maniacal buzzing, part pulsing cry from beyond. And the centerpiece of the group, Barthel’s soaring vocals, are stronger than ever. That said, if there’s a knock against Voices, it’s that it is a bit too much of the same. At times it sounds like Eyelid Movies Part Deux, which for some fans might be its strongest suit. But Phantogram fans hoping the group would dive deep into new, unexplored territory will come away wanting more.

The highlight of Voices is rocking lamentation “Fall In Love”, the melody built around an ominous, buzzing tone. The verses burns as Barthel intones a sad lovers’ tale of missed chances and failed expectations. As the hook swings around, the buzz takes on a new tone, ringing out in syncopated delight as Barthel’s voice reaches out: “Because you were falling/ I’m sorry.” The song swings around a variety of other samples, including a siren-like string hook that leads into a spacy bridge where a suddenly reflective Barthel wonders, “The night has swallowed my soul/ Could it be that I fell apart?” This is the push and pull of a dissolving relationship, where both parties are to blame, set to an aggressive buzz from somewhere deep in the subconscious.

Carter’s guitar sound is one of the defining hallmarks of Phantogram, but he isn’t a strong vocalist. On Eyelid Movies standout “Turn it Off”, he stays firmly within his range and makes his flat, almost spoken lines a welcome change of pace on the Barthel-dominated album. The song is largely carried by the hard-driving production (and Barthel’s harmonies). On Voices, the Carter-led songs are a definite step down. For example, “Never Going Home” starts strong, as Carter plucks his careful way through a simple but sweet guitar line. The production is subdued as he begins his own elegy on the decline of love. All too soon he kicks into the chorus, a repeated “If this is love, I’m never going home.” A saccharine line, for sure, but not an unforgivable misstep. Seemingly before the next verse is over, we’re right back into that chorus, its welcome wearing thinner. The last two minutes of the song devolved into Carter repeating the refrain over and over again, with only a slight instrumental break to interrupt the monotony. The first time, its a bad line. By the 20th, you just really, really want him to… go home.

Album opener “Nothing But Trouble” is an excellent example of Phantogram successfully using their tried and true formula. The production is fresh and Barthel sounds fantastic as her voice rises and falls in sharp contrast to the brooding, melodic undertone. She breathes, whispers, and soars, all to equal effect. Yet the following track offers a marked, welcome counterpoint to that argument. The chorus of “Black Out Days” involves a screeching, repeated phrase perfectly matched to the production. In a lesser vocalist’s hands, a song like this could be a complete disaster. But Barthel’s tone remains consistent despite the extreme, expanded register. Simply put, she owns it, one of the album’s few examples of the group trying something new, reaching just beyond themselves, and it sounds fantastic. These moments are, unfortunately, few and far between. Slighting a group for sounding “too much like themselves” is a difficult proposition, but the moments where the songwriting or musical performances defy and exceed expectations demonstrate that the true talent of the group may lay somewhere beyond their comfort zone.

Essential Tracks: “Black Out Days”, “Fall in Love”, and “The Day You Died”