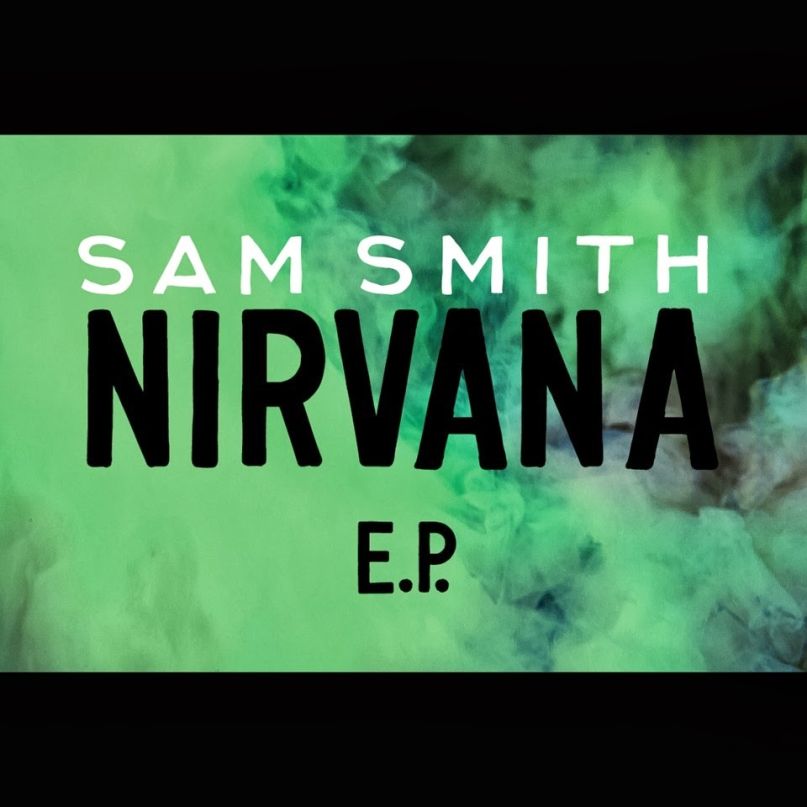 Sam Smith is a 22-year-old British singer blessed with golden pipes and cursed with chronic melancholy. He also has a constant need for empathy. We’ve seen fellow Brit King Krule employ that same formula in last year’s flawed, but promising 6 Feet Beneath the Moon, so Smith isn’t necessarily entirely unique in that regard. He’s your typical romantic bloke on “Latch”, his breakout feature on Disclosure’s Settle, but his presence still managed to become the key to one of 2013’s most elating moments.

That track builds beyond Smith’s vocal talent and Disclosure’s glittering production work. When the falsetto of the hook hits, Smith encompasses the complexities of human connection: It’s desperation, it’s kismet, and it’s ubiquitous joy. In short, it’s the big moment. The Nirvana EP doesn’t reach the heights of “Latch”, but the attempt to match that height lends the EP an overbearing sense of gravitas .

That’s not to say Smith underperforms on Nirvana. He’s in solid control of his voice, utilizing his falsetto as punctuation on “Money on My Mind”, as expression on the “Latch” acoustic mix, and to express despair on the grievous “I’ve Told You Now”. The accompanying instrumentals aren’t necessarily memorable, but the string section used throughout does make a decent poke at appealing to pathos. But has the phrase “the sum is less than its parts” ever been used? The elements should fit, but it’s hard to imagine making a strong connection with Nirvana. It’s so concerned with making its audience feel its weight that it often crumbles under it.

The fragile, acoustic version of “Latch” included here is the most obvious example of that fault. Piano chords replace the skittering percussion and a soothing violin takes the place of that otherworldly bridge. It sounds decent, but its peaks are hampered by fragility. “Now I got you in my space/ I won’t let go of you,” he sings once again on the chorus, but it’s nowhere near as effusive. Instead of using this lighter, acoustic backdrop to explore a new space, Smith sounds weighed down by the original’s sense of uncertainty. A similar problem hampers the live rendition of “I’ve Told You Now”, which feels less like pure expressive performance and more like a dramatic showcase. Smith is more interested in making the listeners awe at his powerful vocals than closing the distance between himself and his audience. “But what the hell,” Smith exclaims on the chorus. “Why do you think I come ’round here on my free will/ Wasting all my precious time.” He’s singing at instead of for the listener at this point, and the minor key violins push the song into melodrama.

At its worst, the EP’s earnestness backfires on itself in a fashion that’s detrimental to Smith’s songwriting. The proverbial sideways glance goes to “Money on My Mind”, in which Smith insists he does “it for the love.” Again, it’s impressive that he has this amount of control over his voice, but that doesn’t make the falsetto on the hook anymore pleasant to hear. The contrived lyricism doesn’t help matters either. “Cause I’m not a puppet I will work against your strings” is meant to be a moment of reassurance, but it just doesn’t make a compelling case. Smith’s words fail him again in opener “Safe With Me”, but the dissonant nature of the production — especially the tortured background chirps — does give it an alluring sensibility.

It’s not that Smith shouldn’t do sadness. He just happens to be able to express joy well. “Nirvana” is a refreshing exhale buoyed by a momentous chorus. That track is bested by Smith’s career highlight thus far in “Together”, featuring Nile Rodgers and Disclosure. It runs a bit short, but it makes sense because it’s structured around a fleeting emotion. Smith’s performance is noteworthy here, as he’s not trying to articulate as much as he’s just straight emoting. “There’s no confusion in your eyes,” the Brit sings before the slight pause at the beginning of the chorus. Smith wholeheartedly belts out the hook before punctuating it by repeating the title quaintly, as if he’s embarrassed after expressing his fantasies. It’s the most memorable moment of Nirvana, an instance where Smith’s intentions are undiluted by the constant dramatics.