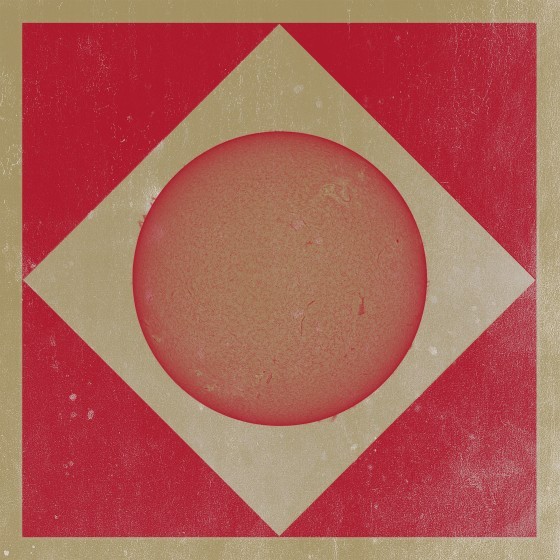 The collaboration between drone metal titans Sunn O))) and Ulver conjures images of a recording session at a mystic chapel deep in a dark wood. The former have built their ominous, hooded image over years of performing experimental music that would seem to emanate from a pagan altar, and the Norwegian wolves of Ulver have taken their avant-metal into an electronic, psychedelic wilderness. While these bands have worked together in the past, their collaborative album Terrestrials highlights each of their strengths, compounding their arcane liturgies and dazzling atmospherics into something far more evocative and eerie than plain evil.

Before getting to that stunning conclusion, though, Sunn O))) and Ulver build their amassed components. Though the climax of opener “Let There Be Light” is led by pounding toms and mechanic bass thrums, it spends most of its 11 minutes in the airy scrape and warble of war horns and serrated bow-scraping. The following track, “Western Horn”, is more immediately ominous, the rumbling low end digging deep into the core.

While Ulver’s Kristoffer Rygg only takes a single vocal verse on “Eternal Return”, it’s an impactful one, his rich baritone bringing some serious menace to the equation. Though it’s easy to wonder about what more vocals might’ve brought to Terrestrials, it’s hard to argue with the organic depths conjured here. Their collaboration doesn’t quite rival the strongest albums of either band’s catalog, but Sunn O))) and Ulver have produced an ecstatic, beautiful piece of experimental metal that celebrates the strengths of both bands.