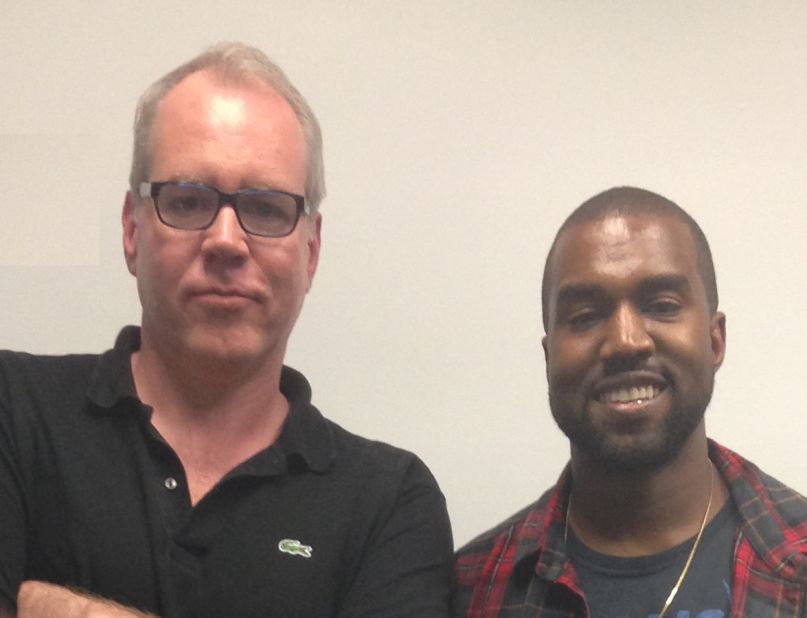 Don’t look now, but Yeezus may be coming soon to a movie theater near you. Bret Easton Ellis, the mastermind behind American Psycho, has revealed that he’s written a film at the request of Kanye West.

Asked about the project in an interview with Vice, Ellis said he didn’t want to do it at first, but changed his mind after listening to Yeezus. “It was early summer last year and I was driving in my car. He’d given me an advance copy and I thought, regardless of whether I’m right for this project, I want to work with whoever made this. So fuck it, I said yes. And that’s how it happened. That was seven or eight months ago. We’ll see what happens.”

Ellis didn’t reveal any particulars about the film, saying, “It’s in Kanye-land and that’s subject to a whole other timeframe.”

Kanye and Ellis previously worked together on a spoof of American Psycho in promotion of Yeezus. Kanye returned the favor by contributing music to Ellis’ recent film The Canyons and also appeared on an episode of his podcast, which you can listen to below.