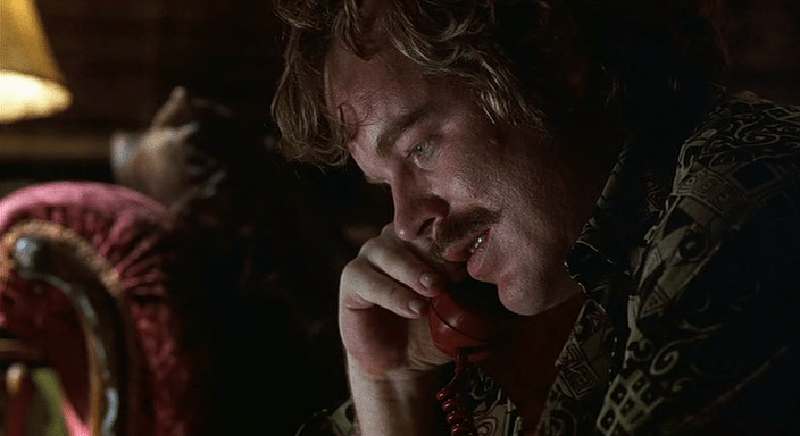 Philip Seymour Hoffman was, in his own way, a true rock legend. His roles in films such as The Big Lebowski, Pirate Radio, and Boogie Nights are legendary in their own right, but it was his portrayal of Lester Bangs in Almost Famous for which many will remember him the most. Throughout the 70s, Bangs was the fearless, often antagonistic voice of rock criticism. But for those of us who came to age in the early aughts, Hoffman was Bangs.

In one of the most famous scenes in Cameron Crowe’s film, Hoffman as Bangs reassured us nerds that all our “uncool” actually made us richer. In the hours since Hoffman’s tragic passing on Sunday, the scene has been referenced countless times for its exemplification of the actor’s genius, the critic’s soul, and the inspiration it gave to budding rock journalists. On Crowe’s own website, TheUncool.com (via Vulture), the writer/director dissected the scene in a way only he could: from the perspective of the man who saw it unfold before him.

Here’s Crowe’s account of how Hoffman made the scene come to life:

My original take on this scene was a loud, late night pronouncement from Lester Bangs.  A call to arms.  In Phil’s hands it became something different.  A scene about quiet truths shared between two guys, both at the crossroads, both hurting, and both up too late.  It became the soul of the movie.  In between takes, Hoffman spoke to no one.  He listened only to his headset, only to the words of Lester himself.  (His Walkman was filled with rare Lester interviews.)  When the scene was over, I realized that Hoffman had pulled off a magic trick.  He’d leapt over the words and the script, and gone hunting for the soul and compassion of the private Lester, the one only a few of us had ever met.  Suddenly the portrait was complete.  The crew and I will always be grateful for that front row seat to his genius.”

Now, revisit the scene itself: