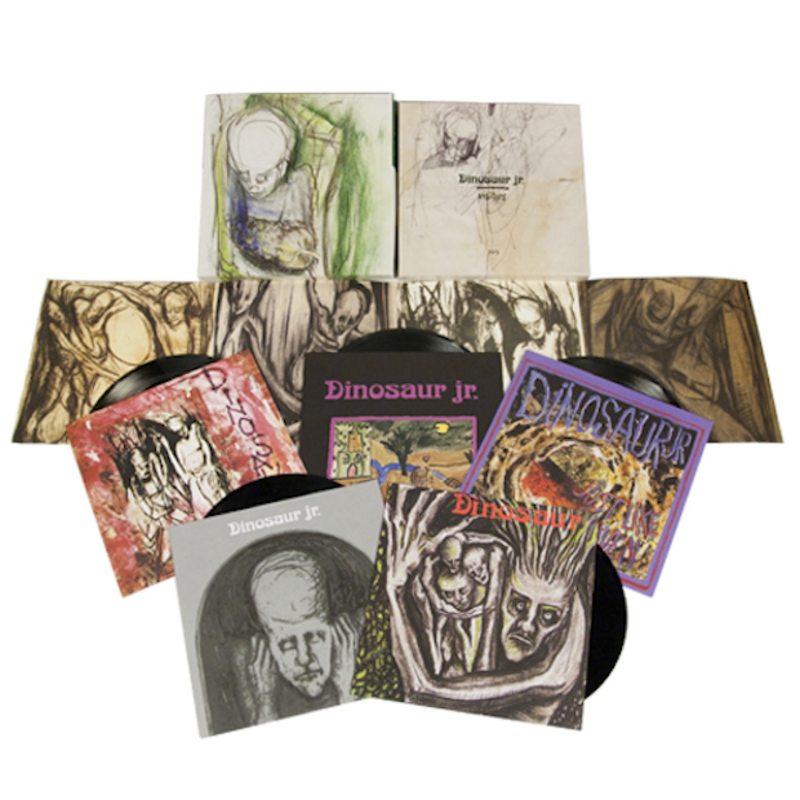 As progressive as their ear-splitting blend of hardcore and country proved to be, Dinosaur Jr.’s early success was irrevocably tied to the work of artist Maura Jasper. From 1985 to 1990, Jasper developed the band’s unique visual aesthetic, providing cover art for You’re Living All Over Me, “Freak Scene”, Bug, and “Just Like Heaven”, plus countless gig posters, t-shirt designs, and music video animation.

Numero Group, the patron saints of reissues and unearthing long-forgotten records, will celebrate Dino Jr. and Jasper’s partnership with Visitors, due out for Record Store Day (April 19th). The collection features the band’s first four 7-inch singles released via SST and Homeland, plus a bonus single featuring a cover of the Byrds’ “I’ll Feel a Whole Lot Better” that was only previously available on a 1989 Byrds tribute album. (The feedback-laden jam is also streaming below). In addition, Jasper contributed an essay on her creative process and relationship with frontman and a book of unused artwork from the late ’80s.