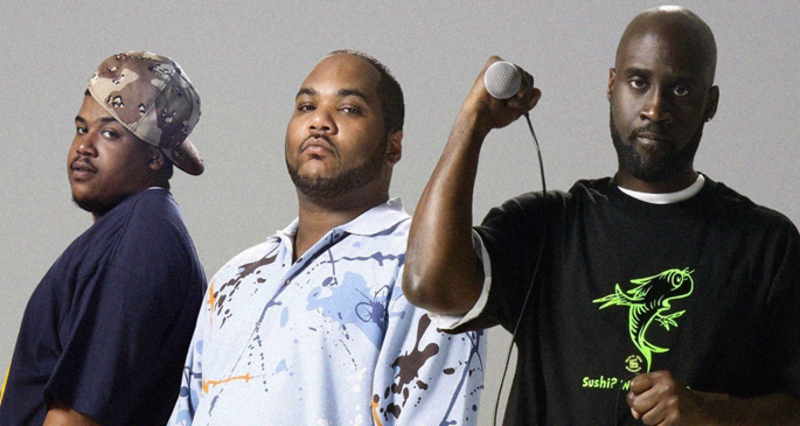 In 1994, I destroyed my brother’s cassette copy of De La Soul’s Buhloone Mindstate when I used it as a hoverboard for my Daredevil action figure. For several birthdays and Christmases following the incident, he and I would kid about when I was going to replace the tape, skirting the line between sibling in-joke and passive-aggressive rivalry. Though our little back-and-forth has been absent from recent celebrations, I can now finally gift my brother a new copy of the album. And every single De La Soul album ever released. For free. Who’s the best bro ever now, Mikey?

To celebrate the 25th anniversary of their debut record 3 Feet High and Rising, the iconic trio is making their entire discography available for free download for 25 hours. The “download bonanza” begins at 11 a.m. EST today and runs through Saturday at noon, available via the band’s official website. In all, fans can walk away with seven studio albums, including the classics De La Soul Is Dead and Stakes Is High, several mixtapes and EPs, a live album, an assortment of compilations, and, of course, Coplan family favorites like “Me Myself & I” and “Breakadawn”.

In an interview with Rolling Stone, Posdnuos said the decision was about “allowing our fans who have been looking and trying to get a hold of our music to have access to it. Its been too long where our fans haven’t had access to everything. This is our way of showing them how much we love them.”

Posdnuos was referring to the fact that much of their discography doesn’t appear on iTunes or streaming services like Spotify or Pandora. Along with issues clearing samples, Posdnuous said frequent label changes and shady contracts caused delays in properly clearing their back catalog. “We’ve been blessed to be in the Library of Congress, but we can’t even have our music on iTunes,” he added. “We’ve been working very hard to get that solved.”

De La Soul are also looking forward to the future, with a smorgasbord of new music in the works. Next week, they’ll begin releasing singles in the lead up to this summer’s You’re Welcome, their first full-length since 2004. In March, they’ll unveil Preemium Soul on the Rocks, a six-song EP featuring production from DJ Premier and Pete Rock. Then, at some point this year, they’ll head to Detroit to work on an unreleased beat from J Dilla.

Before you own them for yourself, relive a few De La Soul classics below.