Neil Young and Gram Parsons Get Their Hearts Torn Out 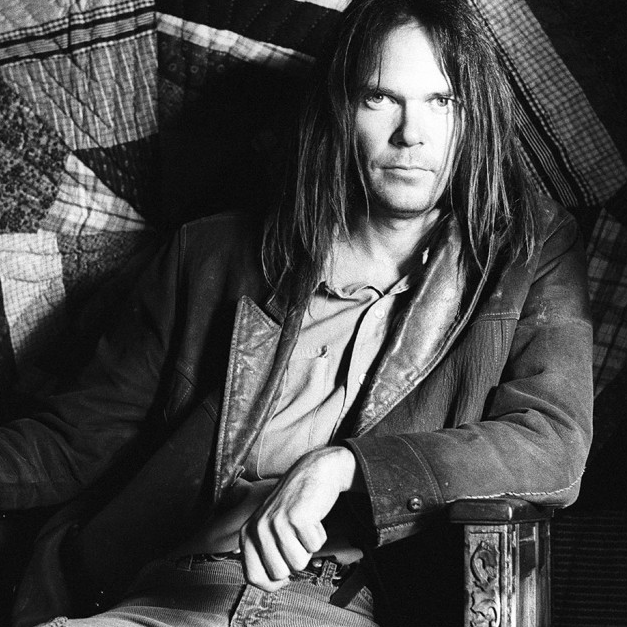 Welcome to Two for Tuesday, an ongoing series where Consequence of Sound’s Henry Hauser will take two “unlikely pairs” in music and compare, contrast, juxtapose, and evaluate the commonalities between both parties. Last time, he discussed how Joni Mitchell and Elliott Smith looked to Paris as an escape, and this week he analyzes how Gram Parsons and Neil Young deal with getting their hearts torn out.

With Valentine’s Day right around the corner, gushy love songs are in the air. You can’t even walk into a corner deli without being subjected to a Muzak-tinted cover of “All You Need Is Love”, and that’s if you’re lucky. More often, it’s some contrived, grandiose drivel like Mumford & Sons’ “I Will Wait” or something by James Blunt. After a few weeks of hearing these hackneyed tunes on heavy rotation, you may be physically repulsed at the idea of these saccharine songs invading your ears. But not to worry — this reaction is fully justified. Most V-Day ditties are bold-faced lies, and repeating this propaganda ad nauseam doesn’t make it any truer. Love isn’t just about dewy daffodils and lavender bubble baths. It’s also about vulnerability, caprice, and having the courage to trust another human being with the most fragile of all organs: your heart. At least that’s what Gram Parsons, Emmylou Harris, and Neil Young would have you believe.

“Only Love Can Break Your Heart”, off Neil Young’s spectacular ’70 LP After the Gold Rush, marked the singer-songwriter’s first top 40 hit as a solo artist. In this touching, delicate ballad, Young sings that only true love has the power to bring us to our knees. With a wistful, haunting timbre, he bemoans a shattered friend that “hides his head inside a dream.” Unable to shake the “down that he’s found,” this piteous fellow has devolved into a hollow shell. Rather than criticizing his forlorn pal’s inability to get on with life, Young sympathizes, likening a broken heart to the end of the world. Delivering his lyrics in soft spurts, the singer rhetorically questions, “What if your world/ Should fall apart?” Harmonizing beautifully with Stephen Stills and Crazy Horse members Danny Whitten and Ralph Molina, Young repeats the song’s titular lyric over and over as the track fades.

Originally penned by husband and wife songwriting team Felice and Boudleaux Bryant, “Love Hurts” has been covered by The Everly Brothers, Roy Orbison, hard rockers Nazareth, Cher, Rod Stewart, Don McLean, Joan Jett, Heart, Jenny Lewis, and countless others. But the version appearing on Gram Parsons’ posthumous LP, Grievous Angel, is the song that plays in my head when love’s got me down. Backed by crestfallen vocals and a lachrymose steel pedal guitar, the alt-country track sounds all at once mournful and admonishing. In a duet brimming with abjection and sorrow, Parsons and Emmylou Harris rifle off the bitter consequences of love: scars, wounds, pain, and tears. Denouncing love as “just a lie made to make you cry,” the singers implore us to be wary of consigning our hearts to reckless sadists. Gram Parsons’ guitar solos are arresting and plaintive, like freezing rain on an icy sidewalk. Much like Young’s “Only Love Can Break Your Heart”, the track ends with a return to the title line as vocals grow faint: “Ooo-hoooo love hurts!”

If you’re wandering streets alone this Valentine’s Day, you may want to avoid Starbucks’ incessant drone of blasé tenderness. Parsons and Harris were right: “Love Hurts”. Likewise, Neil Young was on the money when he wrote that “Only Love Can Break Your Heart”. Mumford & Sons may not know how you feel, but Young, Parsons, and Harris sure can sympathize.