Listen: Architecture in Helsinki’s new song “I Might Survive” 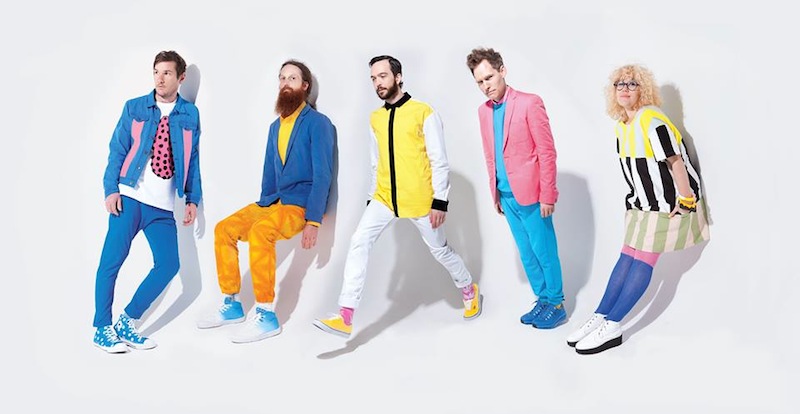 Aussie indie-pop outfit Architecture in Helsinki are gearing up to release their new album, the peppily-titled NOW + 4EVA, on April 1st via Casual Workout. The band’s first since 2011’s Moment Bends, the 11-track effort was co-produced by Francois Tetaz (Gotye) and mixed by Damian Taylor (Arcade Fire, The Killers).

Following “Dream a Little Crazy”, the five-piece have broken off their latest single “I Might Survive”. While it doesn’t sound quite as determined as Gloria Gaynor’s own survival anthem, the technicolor synth-pop cut does borrow some of Gaynor’s disco chic and glitz. Listen in below (via Stereogum).