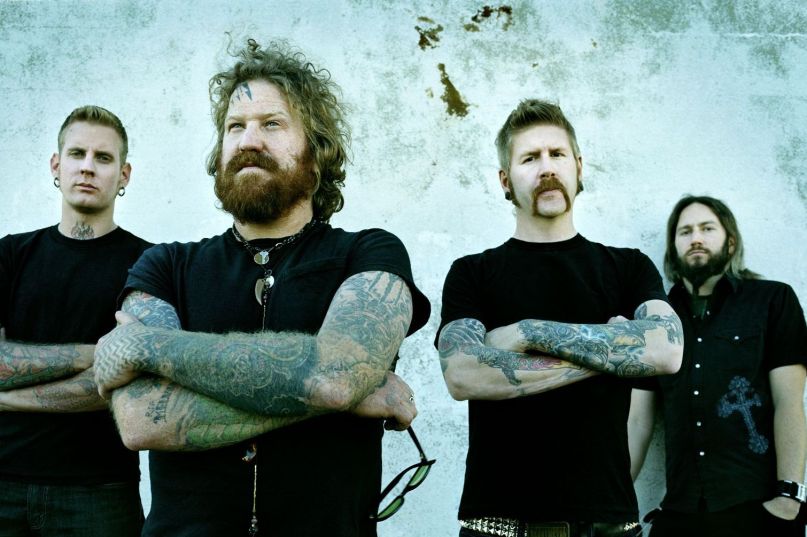 Atlanta sludge metal outfit Mastodon have announced plans for a new US tour. Stretching most of April, it includes headlining shows alongside Gojira and Kvelertak, before culminating with an appearance at Columbus, OH’s Rock On The Range Festival. See the full docket below.

Mastodon is also currently at-work on the follow-up to 2011’s The Hunter, recording in Nashville with Grammy Award-winning producer Nick Raskulinecz (Foo Fighters, Deftones). It’s due out later this year.

Speaking to Rolling Stone, drummer Brann Dailor said the album is “massive and insane, (with) lots of epic greatness”, adding, “There will be lots of huge riffs and new directions. It’s real weird, real math-y, real straightforward. It’s up, down and all around. It’s a culmination of everything for the band. The snowball keeps rolling and collecting snow.”

Below, revisit The Hunter standout “Curl of the Burl”: