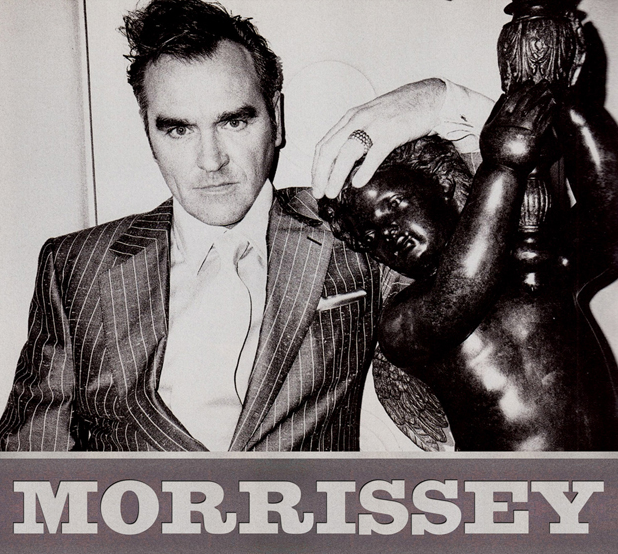 Hide those jars of vodka sauce:  Morrissey will give it another go and embark on a US tour this spring. Stretching most of May and June, the itinerary includes shows in 24 American cities. For two of the dates, he’ll be joined by special guests: Tom Jones will open his May 10th show in Los Angeles, while Sir Cliff Richard will appear at the tour’s final performance in Brooklyn on June 21st. Kristeen Young will open all other dates.

If you recall, Morrissey hasn’t had the best touring track record in recent years, with constant postponements and cancelations. Perhaps with a follow-up to 2009’s Year of Refusal finally on its way, this time will be different. Heck, he might even find some inspiration for that novel he’s writing while out on the road. Then again, maybe he’ll put off the tour to finish up the book…

The tour will come in support of his new studio album, due out in the later half of 2014. As previously reported, Moz has been in France working alongside producer Joe Chiccarelli.

See Morrissey’s complete itinerary below, followed by footage of one show he actually did perform in 2013: the Nobel Peace Prize concert.