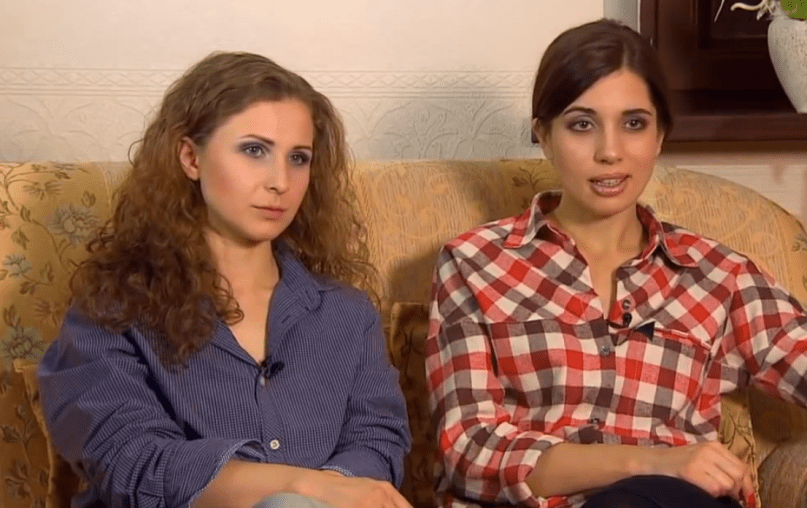 Mere hours before Nadya Tolokonnikova and Masha Alekhina appeared at Amnesty International’s human rights concert in Brooklyn on Wednesday night, their fellow Pussy Riot sistren issued a statement (via Pitchfork) to announce that they’ve cut ties with Tolokonnikova and Alekhina.

The collective said they were pleased with Tolokonnikova and Alekhina’s release and “their resistance against harsh trials that fell to their lot, and their determination by all means to continue the struggle that they had started during their stay in the colonies.”

“Unfortunately for us,” the letter continues, “they are being so carried away with the problems in Russian prisons, that they completely forgot about the aspirations and ideals of our group—feminism, separatist resistance, fight against authoritarianism and personality cult, all of which, as a matter of fact, was the cause for their unjust punishment.”

The letter claims that Tolokonnikova and Alekhina have refused to communicate with the Pussy Riot collective and also expressed frustration that the media continues to refer to them as members of Pussy Riot.

Moreover, instead of the names of Nadya and Masha, the poster of the [Amnesty International] event showed a man in a balaclava with electric guitar, under the name of Pussy Riot, while the organizers smartly called for people to buy expensive tickets. All this is an extreme contradiction to the very principles of Pussy Riot collective: We are all-female separatist collective—no man can represent us either on a poster or in reality. We belong to leftist anti-capitalist ideology—we charge no fees for viewing our art-work, all our videos are distributed freely on the web, the spectators to our performances are always spontaneous passers by, and we never sell tickets to our ‘shows’.

Our performances are always ‘illegal’, staged only in unpredictable locations and public places not designed for traditional entertainment. The distribution of our clips is always through free and unrestricted media channels. We are anonymous, because we act against any personality cult, against hierarchies implied by appearance, age and other visible social attributes. We cover our heads, because we oppose the very idea of using female face as a trademark for promoting any sort of goods or services.

It’s worth noting that Tolokonnikova and Alekhina have previously disassociated themselves from the collective in past interviews. However, they had no comment on the letter when asked by The New York Times last night.

For more on Tolokonnikova and Alekhina’s appearance at the Amnesty concert, read Ben Kaye’s report.