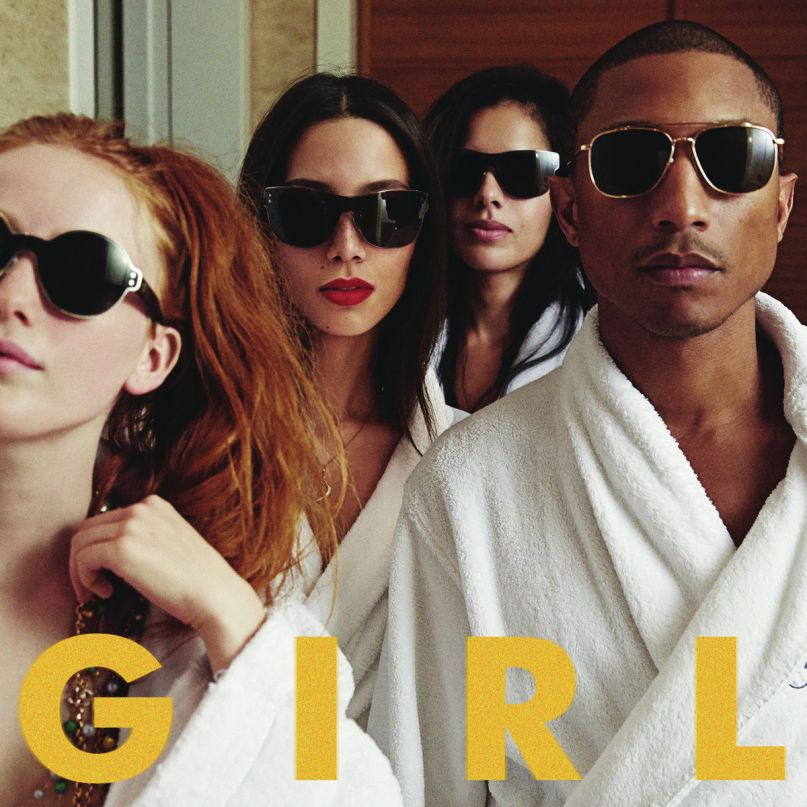 Pharrell spent most of 2013 singing on everybody else’s songs; now, it’s his turn. Today, he’s announced the release of his first solo album in eight years: it’s titled G I R L and will be released on March 3rd through Columbia Records. That’s the album artwork above.

Below, you can watch a teaser trailer which features footage of Pharrell working alongside an orchestra. He previously said the record would be “rap-free” and instead be more akin to his chart-topping single “Happy”, which you can also find below.

No word on other musicians who contributed to the album, but maybe the Robots will return the favor and help Pharrell earn a Grammy of his own?