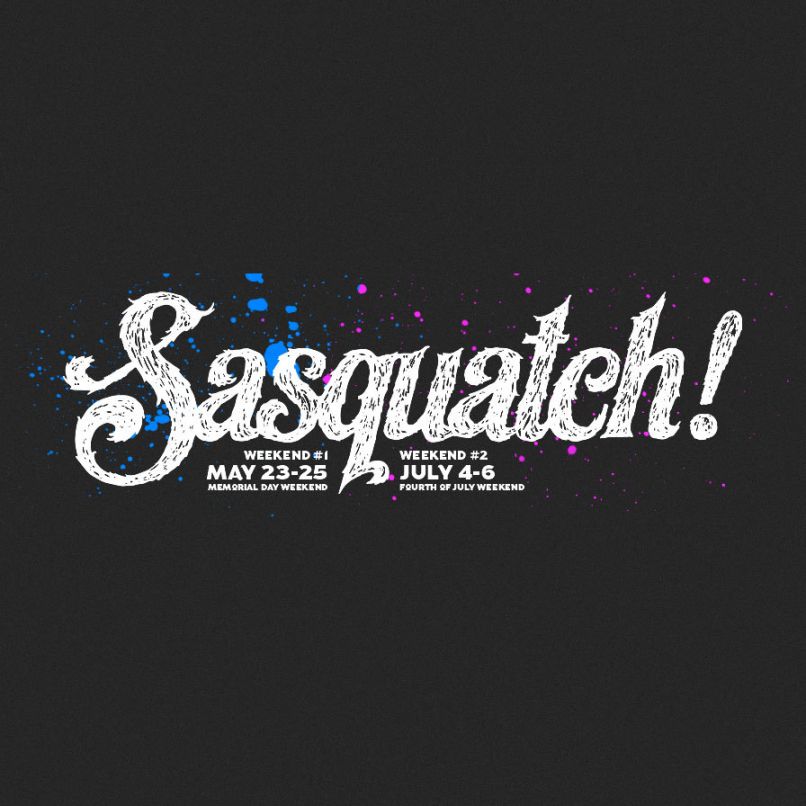 Welcome to Festival Outlook, a new supplemental column to Consequence of Sound’s Festival Outlook. In this installment, Alex Young and Michael Roffman talk to Sasquatch! Music Festival founder Adam Zacks about the decision to expand the festival into a two-weekend format, each of which features an entirely different lineup, and the challenges that came with it.

Alex Young: Adam, Sasquatch! is not the first festival to expand to two weekends. For years now, Reading and Leeds in the UK, Hurricane and Southside in Germany, and Summer Sonic in Japan have staged festivals in multiple locations over one weekend. Of course, Coachella expanded to a two consecutive weekend format in 2012 as did Ultra in 2013. But Sasquatch! is the first festival to feature two entirely different lineups over two different weekends. I can’t even imagine how monumental of a task this was. You basically had to book two major music festivals in the same amount of time you previously had for one. Could you elaborate on why you decided to expand to two weekends and also why you chose to go the route of two different lineups as opposed to following in the footsteps of Coachella and have back to back weekends?

Adam Zacks: I want to answer this in a way that is not critical of other festivals’ decisions but rather just a choice we made to further differentiate ourselves in an ever crowded field. Despite the increased competition for festival talent there are actually more incredible touring bands than I can ever remember. We chose to add the second weekend because demand for tickets had reached a critical mass and we had hit maximum capacity at the Gorge.

AY: Was there any thought of doing back-to-back weekends but having two different lineups for each, or was the idea always to have the weekends a few months apart? Also, how far in advance had you been kicking around this idea? I imagine it’s not super easy to score two weekends at the Gorge in one summer.

AZ: We did take a look at several different ideas, including back to back weekends. The choice not to do that was again about differentiating ourselves. The idea of giving attendees who wanted to attend both weekends a six-week break in between felt right. The July weekend should have a very different climate, so the atmosphere will be different and it won’t feel like deja vu. It was also appealing to land on another holiday weekend that could be easily remembered.

Michael Roffman: Two very American holiday weekends, specifically. In a way, it’s fitting: Sasquatch! is an outdoor experience with camping, an unreal natural landscape at The Gorge, and an overall disconnect from traditional American life. It’s like a modern twist on those rustic family vacations parodied by National Lampoon, which isn’t so far-fetched either given the relaxed vibes of the festival. Was that atmosphere something you’ve always strived for with Sasquatch!, or did that just come naturally?

AZ: Yes, absolutely. The power of the Gorge is how quickly it has the ability to shift a person’s mindset from the pace of modern life to something more simple. The remote location means that it takes intention and planning to get there and that cell service could be spotty. These are good things. The community spirit of the festival has developed over time and is largely created by the attendees- we just do our best to create a respectful environment where people feel free to be themselves. We don’t ask people to dress up in unicorn costumes, but its kind of awesome when they do.

MR: And so much of that mindset dwells in the lineup. What I love about Sasquatch! is that it’s, at times, the first festival to give younger bands a headlining chance. In 2011, you had Foo Fighters headline, but two days later, Modest Mouse closed the festivities, too. This year you’ve got The National and Robyn as two headliners, so there’s certainly a style to the roster. When crafting two lineups back-to-back was it hard to retain that Sasquatch! spirit? In other words, was there ever a struggle in saying, “Is this a Sasquatch! lineup?”

AZ: This festival is all about giving artists an elevated profile. It’s somewhat of a luxury we have because our relatively smaller size means less pressure to book blockbuster household names. Let’s talk about this concept of “headliner” though. I don’t like it. I don’t like how it frames the festival experience and I don’t like how it devalues developing artists. We use the term “closer” instead. I also do not believe its necessarily good business. Look at it this way… Sometimes people go to movies because there is a popular, bankable, recognizable star in it. Sometimes this model works for the studios, sometimes it doesn’t.

Does a star, even a very skilled and credible one, make for a good movie? Absolutely not. Sometimes you get Fool’s Gold Matthew McConaughey and sometimes you get Dallas Buyers Club, Mud, and Wolf of Wall Street McConaughey. My point is, its more about the entire production than a single “headline” star. To stick with the film metaphor, Sasquatch! is an ensemble piece, produced without a net. Also, think about this-  who was the headliner of Woodstock? For me, the most memorable performance was the very first act, Richie Havens! He was an inspired booking who perfectly captured the spirit of that moment. I’m starting to sound like Bob Lefsetz here- getting a little soap-boxy, but its something I feel strongly about.

MR: No, I love it and think you’re absolutely right, at least with how you’ve framed your own festival experience. America’s Big Four — Coachella, Bonnaroo, Lollapalooza, and Austin City Limits — seem to put a precedence on the “headliner” or “closure”. But I think what’s intriguing about other similar growing juggernauts like Sasquatch! and even Governors Ball is how so much attention is given to the grander scope, which is something I’ve always appreciated for any festival, but also a hallmark of most mid-size to smaller festivals like Big Ears, Hopscotch, or Moogfest. What do you think, Alex?

AY: Yea, definitely. Reading Twitter and scrolling through message boards the morning after, it definitely seemed like people appreciated the festival’s lineup as a whole, especially the inclusion of much ‘niche’ artists such as Cloud Nothings, Deafhaven, Mikal Cronin, Cass McCombs, and The Notwist. When I spoke to Governors Ball founder Jordan Wolowitz a few weeks back, he told me that putting together the lineup is one giant puzzle with constantly moving parts and that he puts as much thought into booking 11th and 12th line acts as he does those “closing” acts. I’m assuming your process is pretty similar?

AZ: Yeah, a puzzle, sure — or a painting, or some days it feels like Chinese finger cuffs, the harder you try to make something happen the more difficult it becomes. I think people look at these snapshots of festival lineups and say to themselves, “I see what they did there.” Festival audiences are smart, and the way we program these festivals and how we present them tells a story of what the event is about. I’m going to use a term that is pretentious and bugs me, but for lack of a better word, there is an art to curating these things. Curation has become a marketing buzzword. Everyone’s a curator now. Curated playlists, shops with curated hand picked items of locally sourced organic pickled things, etc. So, its an overused word now, but it does matter that someone who lives and breaths music is making well considered decisions and trying to create something interesting.