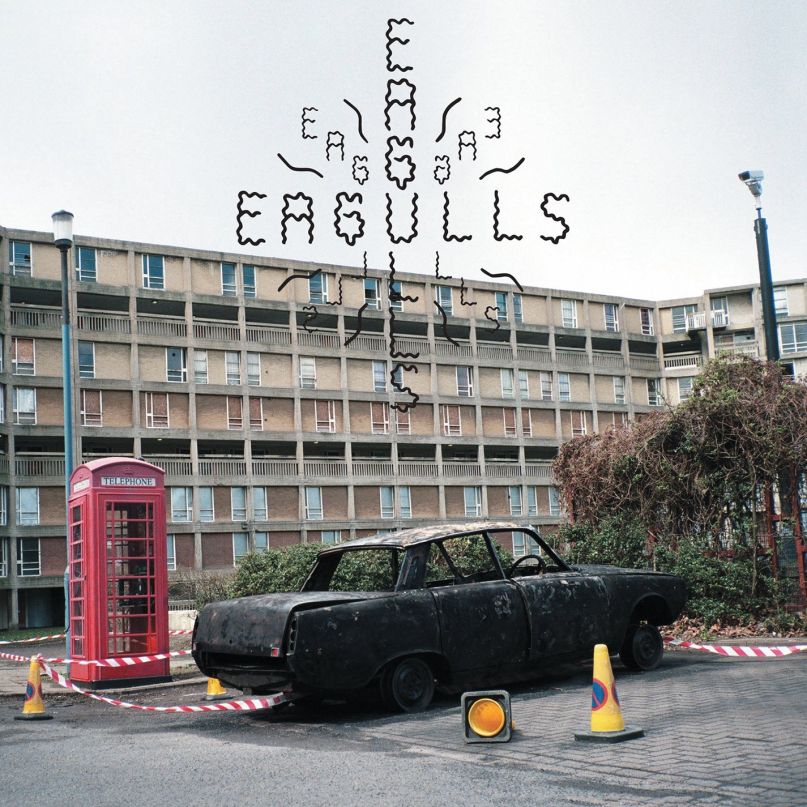 The 10-track album was recorded in Eagulls’ hometown alongside friend/producer Matt Leeds, with recording sessions often held in in the evenings as to accommodate for day jobs.

In an interview with Swide, vocalist George Martin discussed the bands’ creative process and the album’s overall sound:

The record has taken a while to come out as we initially recorded it without a label involved and we all had work commitments which hampered the process but at the same time both of these factors informed the sentiment of the songs, there’s a lot of frustration, pessimism and anxiety. There are lighter moments on the record at times but we were all having a bit of a rough time and everything felt like a struggle and I think that ultimately influenced the direction of the album.

There isn’t any track in particular that stood as the most enjoyable to record but the time at the end of the process when we got to add the weird noises, percussion and atmospheric stuff was the most interesting part. That’s when the songs came to life for me.

Pre-orders for the album are ongoing. Below, watch the video for album opener “Nerve Endings”: