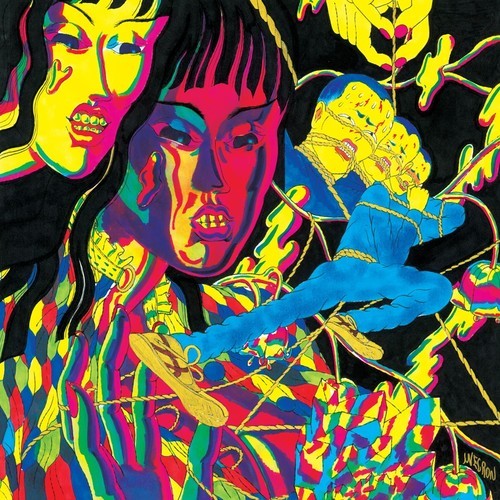 When Thee Oh Sees announced their hiatus back in December, they softened the blow by coupling it with plans for a then-undetailed new album. Today, just 54 days since their little break began, John Dwyer and Co. have officially announced what’s to become their fifth full-length in just four years.

Due out April 19th via Dwyer’s own Castle Face Records, Drop was recorded last fall at a “banana ripening warehouse.” It features contributions from Mikal Cronin, Greer McGettrick (from the Mallard), Casafis, and drummer Chris Woodhouse (who also owns the warehouse).

According to Exclaim, the album is described as having “an emphasis on the pensive and the paranoid.” One song titled “Penetrating Eye” is billed as “the heaviest Oh Sees song yet,” while other tracks utilize mellotron and harpsichord. That’s the album artwork below, which looks like a nightmare as drawn by Frank Miller.

Update: Listen to the first opening track, “Penetrating Eye”, below.