Video: Sting covers The Beatles’ “Drive My Car” on Letterman 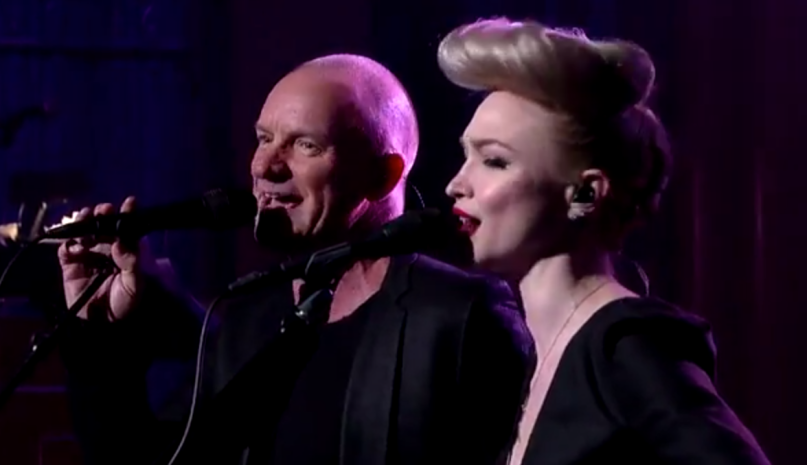 February 9th marks the 50th anniversary of The Beatles’ first appearance on The Ed Sullivan Show. To help celebrate, the current occupant of the Ed Sullivan Theater, David Letterman, is hosting a week full of Beatles-inspired performances.

Monday brought us “And I Love Her”, as performed by Broken Bells and Ringo Starr. Last night, it was Sting’s turn to pull from The Beatles catalog, taking on “Drive My Car”, off their 1965 album, Rubber Soul. He was accompanied by Incubus’ Mike Einsinger, singer Ivy Levan, and Paul Shaffer on piano. Catch the replay below.

Letterman’s Beatles week continues with Lenny Kravitz tomorrow, and The Flaming Lips with Sean Lennon on Thursday. Paul McCartney and Ringo Starr are rumored to appear on Friday.