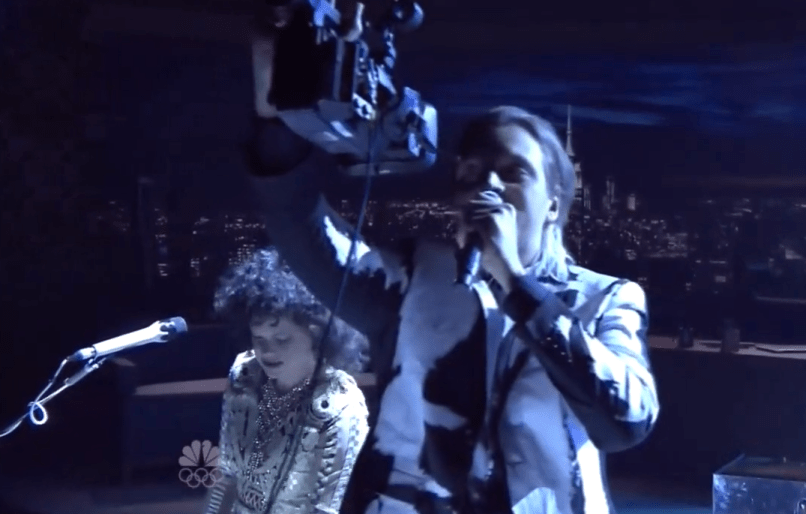 Friday’s episode of The Tonight Show Starring Jimmy Fallon will no doubt be special considering Justin Timberlake’s trademark rapport with the host. But last night really set the bar high: First Lady Michelle Obama and Will Ferrell appeared in a faux episode of Ew! before their respective interviews, and, well, Arcade Fire managed to top this week’s performances by U2 and Lady Gaga.

With an extended runway stage that housed plenty of lights, cameras, and action, Arcade Fire swept through their latest Reflektor single, “Afterlife”. Similar to the Spike Jonze-directed live video of yesteryear, Win Butler sung into a handheld camera amidst a dazzling array of chic disco lights, eventually climbing into the audience of Studio 6-B.

You know, something tells me these stage set ups are going to get a hell of a lot more elaborate as the show evolves. Judging from this week’s first four episodes, It’s quite a sandbox for Jonathan Cohen to work in. What a job.