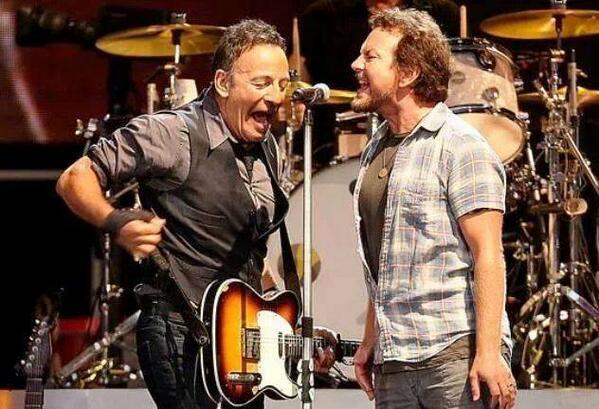 Rock and roll royalty shared the stage in Melbourne, Australia last night, as Bruce Springsteen and Eddie Vedder teamed up to cover AC/DC’s “Highway to Hell”. Watch fan footage of the performance, which also included a ridiculous guitar solo from Rage Against the Machine’s Tom Morello, below.

Springsteen, who only recently added the cover to his repertoire, is touring Australia with Morello and the E Street Band in support of their new album, High Hopes. Vedder, meanwhile, just recently finished an Australian leg with Pearl Jam and is now playing a few solo shows in the country.