Watch: Mastodon dress in drag for The Coathangers’ “Follow Me” video 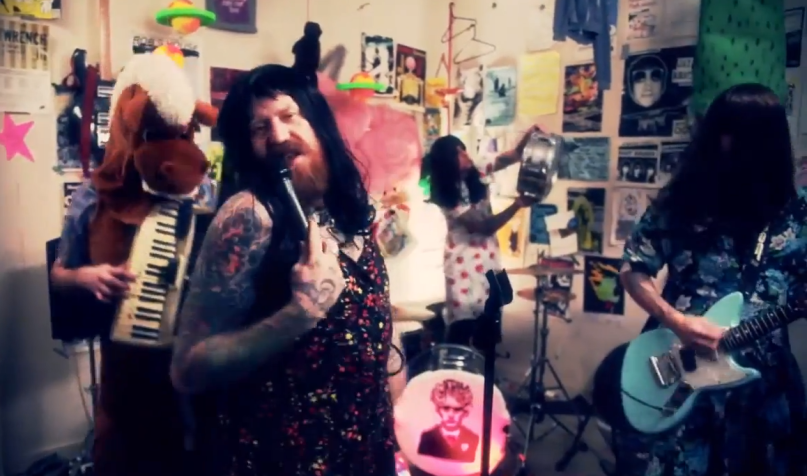 As last year’s satirical Thanksgiving t-shirt proves, Mastodon have a wicked sense of humor under the layers of gnarly tattoos and Viking-esque beards. They’re so lighthearted and jovial, in fact, that they agreed to help out their fellow Atlantans The Coathangers by starring in the video for “Follow Me”. And they do so in full-on drag.

That’s right, the sludge rockers threw on some pretty wigs and frilly dresses and lip-synched right along to the power-pop anthem. Sure, if this were Karaoke Revolution they’d have failed horribly, and I don’t think Brent Hinds is a natural brunette. Still, Mastodon deserve copious props for their killer dance moves (I swear I saw the Cabbage Patch) and coordinating attires. Watch it below. Oh, and be sure to stick around for the absolutely magical ending.

“Follow Me” is off The Coathangers’ new album Suck My Shirt, due out March 18th via Suicide Squeeze Records.