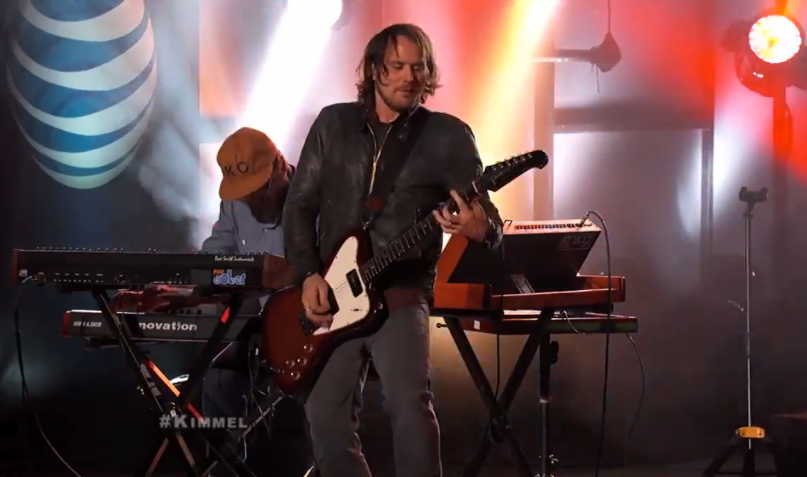 Silversun Pickups are celebrating 10 years with Dangerbird Records by releasing The Singles Collection on February 25th. Of the 11-tracks on the album, “Cannibal” is the one new song, and last night it got its live debut on Kimmel Live!. They also performed “Lazy Eye” and you can watch replays for both below.

In an unprecedented move, the live performance wasn’t the only premiere Kimmel scored. Immediately after the episode aired, the official video for “Cannibal” debuted on the show’s YouTube channel. Check out the “sinister and mystifying” clip below.