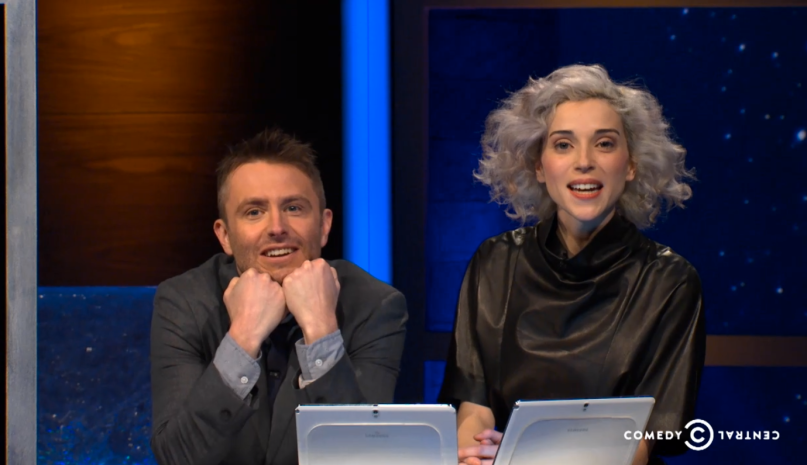 @midnight is Comedy Central’s latest stab at late-night programming, a new game show hosted by Chris Hardwick of Nerdist podcast fame. The guest list generally consists of comedians, but last night St. Vincent’s Annie Clark made an appearance. She came out to read a one-star Amazon.com user review of The Beatles’ Sgt. Pepper’s Lonely Hearts Club Band, to which a panel of comedians was tasked with coming up with a response. Replay the full episode here, or watch Annie’s segment below.