10 Genres You Either Love or Despise

One man’s earworm is another’s power drill to the brain. 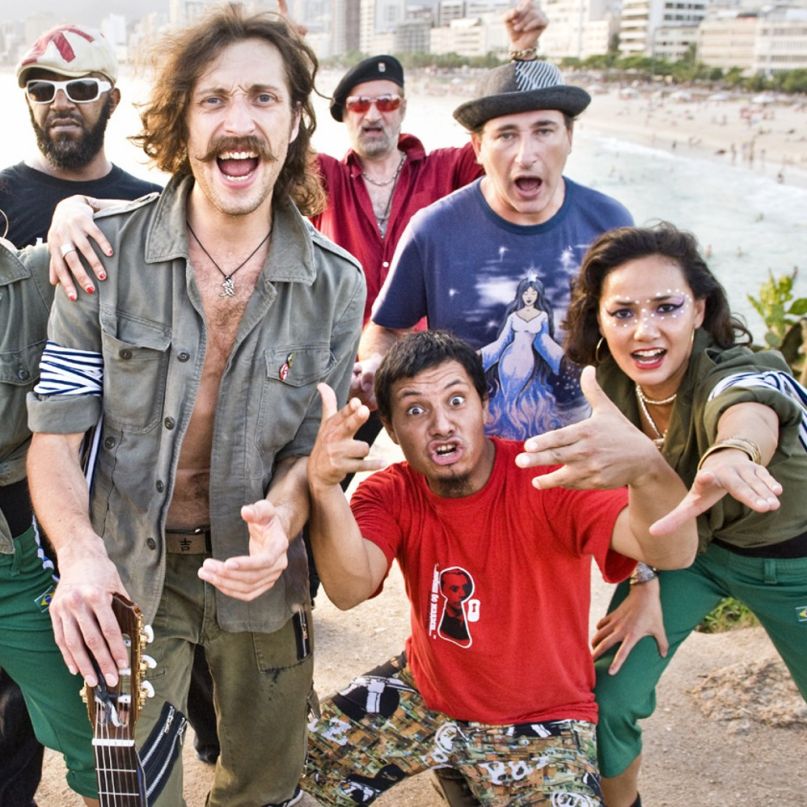 When Biggie Smalls rapped “Grab your dick if you love hip-hop,” you best believe a bunch of hands went to a bunch of crotches. And to this day, when Joan Jett belts out “I Love Rock ‘n’ Roll”, she knows damn well she’s not alone in digging the sweet, sweet racket made with guitar, bass, and drums. That’s because rap and rock are well entrenched in popular culture. You can’t imagine life without them. But not all genres have that kind of widespread appeal. One man’s earworm is another’s power drill to the brain, and that’s the idea behind this celebration of divisive musical genres.

Had the Notorious BIG urged fans to clasp their wangs if they dug British rap, he’d have gotten some confused stares. That’s partially because he died in 1997, before blokes like Dizzee Rascal and the Streets put U.K. hip-hop on the map. But even if those inroads had been made, Biggie’s fans probably wouldn’t have been along for the ride. Dizzee’s 2003 debut, Boy in Da Corner, is actually pretty great, and the Streets’ Original Pirate Material is even better, but yanks used to hearing rhymes spit in American English will always struggle with foreign accents. Even Brits from the projects can sound posh to stateside ears, and the abundance of confusing sub-sub-genres — grime, bassline, 2-step, garage, etc. — make this an even tougher sell.

Here’s an example of where the Brits got it right. In the States, thanks to guys like Skrillex, dubstep is a dirty word. Folks with only passing knowledge of electronic music may use the term interchangeably with that ultra-reductive acronym EDM, but genuine dubstep has nothing to do with the bruising “brostep” most Americans know. Born in South London in the late ‘90s, the real-deal stuff amalgamates the U.K. subgenres of grime, 2-step, garage, and drum and bass, and mixes them with dub and reggae. As created by artists like Burial and Skream, U.K. dubstep is moody and minimalistic. James Blake makes music that’s barely even there. It’s possible to ignore and easy to like, and neither of those things can be said for the type of shrieking, grinding dubstep favored by DJs like Datsik (who’s Canadian, but close enough). Worst of all: nu-metal mainstays Korn, whose 2011 dubstep album affirmed their unique ability to champion the most hated sounds of any given decade.

As a rule, genres linked to specific types of facial hair tend to garner strong reactions. Boy-band pop has elaborately trimmed chinstraps, crunchy jam rock has scraggly beards, and gypsy punk has Eugene Hütz’s twisty mustache. The music is similarly twisty, or perhaps twisted, as groups like Hütz’s genre-defining Gogol Bordello essentially play Eastern European folk music at punk velocity. To fans — and there are many around the globe — Gogol works in the same way the Pogues do, combining Old World tradition with new-school aggression. Haters can’t get past the violins and accordions, and instead, they hear a sort of sped-up polka — circus music without the happy distractions of clowns and elephants.

On the circus-music tip, ska’s opponents have been likening this reggae descendant to big-top music since it bounced out of Kingston in the late ‘50s. The closest ska came to gaining widespread listener and critical appreciation was in the late ‘70s, when Britain’s 2 Tone movement paired the inverted R&B rhythms with punk rock. So-called “third wave” ska, spawned in America in the ‘80s and momentarily mainstream in the ‘90s, gets none of 2 Tone’s love. Whereas aficionados hear peppy dance music, ska’s enemies hear the Bosstones and want to break some trombones over their knees.

Although it has far more credibility than ska and has enjoyed a major resurgence in recent years (see: Fucked Up, OFF!, Iceage, etc.), hardcore punk is never going to sit right with the masses. Pioneers like Black Flag, Minor Threat, and Bad Brains are easy enough to take, but by the ‘90s, hardcore had become even more thuggishly fast and aggressive, attracting an even jockier following than the ‘80s groups. Offshoots like metalcore and powerviolence have only intensified the sonic brutality. What’s more, subcultures like straight edge and youth crew come across as self-righteous and repressive to those rock fans who like their music with a bit of escapism and joy — and maybe even a cold beer and a hamburger every once in a while.

Dance music has the bass drop; jazz has the “skronk.” It’s the perfect word to describe the horn sounds heard on, say, saxophonist Albert Ayler‘s Spiritual Unity, a landmark release in the free jazz canon. A track like “Spirits” has nothing to do with the tasty “pass the hollandaise” brunch jazz most music fans profess to like, and there’s no obvious path from, say, Miles Davis’s wholly pleasant Kind of Blue to Ayler’s brass gnashing. It’s a special kind of person who truly, honestly, digs this stuff and doesn’t just listen to lord his or her avant-garde tastes over square friends.

Every style of music on this list requires some level of devotion, but it’s especially true of this one. First, you’ve got to believe in Jesus and all that stuff. Beyond that, you’ve got to believe so fervently that you’re willing to let religion seep into and totally determine the flavor of your rock ‘n’ roll. It’s an acquired taste, to say the least, which is why Stryper weren’t as massive as Winger and Jars of Clay never challenged Bush for the hearts and minds of ‘90s kids groping their way through the post-grunge wasteland.

Try as they may to make traditional American string-band music cool again, groups like the Carolina Chocolate Drops face an uphill battle. And they’re not even gen-u-wine exemplars of modern bluegrass. Better examples include the Grascals and the Boxcars — virtuosic crews too twangy to win over the average Mumford & Sons fan. The only hope for uniting folks on both sides of the fence might be the Punch Brothers, whose “Movement and Location” imagines Thom Yorke as a wandering Appalachian troubadour.

Everyone goes through a metal phase, and when they do, they typically reach for stuff like Sabbath, Priest, and Metallica. Really brave (or troubled) souls might gravitate toward slightly harder stuff, but it’s a big leap from anything even remotely mainstream to Mayhem or Darkthrone. Punishingly fast, shrieky, and steeped in pagan imagery, this is music for waging Viking warfare, not for navigating polite society. The only reason it’s not more controversial is that most nice, normal, non-corpse-painted people don’t know what it is.

Directly opposite black metal on the spectrum, we find power pop, music as eager to please as that Norwegian thrashing stuff is determined to beat you into submission. The genre as we know it came into being in the ‘70s, and while Big Star are often cited as its godfathers, much of their limited output is too artistically far-reaching and eclectic to qualify as true power pop as it’s come to be known. Fast-forward to the late ‘70s, and you get Beatle-worshipping, skinny-tie-wearing groups like the Plimsouls, Shoes, and the Beat. While a handful of bands — the Romantics and the Knack, most notably — managed some commercial success, power pop has a reputation for being the great “woulda, shoulda, coulda” of the rock underground.

Why didn’t guys like Paul Collins, Dwight Twilley, and Peter Case become household names? Same reason the Posies, the dB’s, the Smithereens, Material Issue, and Teenage Fanclub never really made it. It could be that the hooks are too sharp and that the bands seem to be trying too hard to make you like them. Even at its punkiest, power pop can be a little wimpy, and no matter what teen comedies tell us, no one ever falls for the sad-eyed dude with the droopy bouquet.