How the Brooklyn outfit's inimitable debut became an essential LP of its decade. 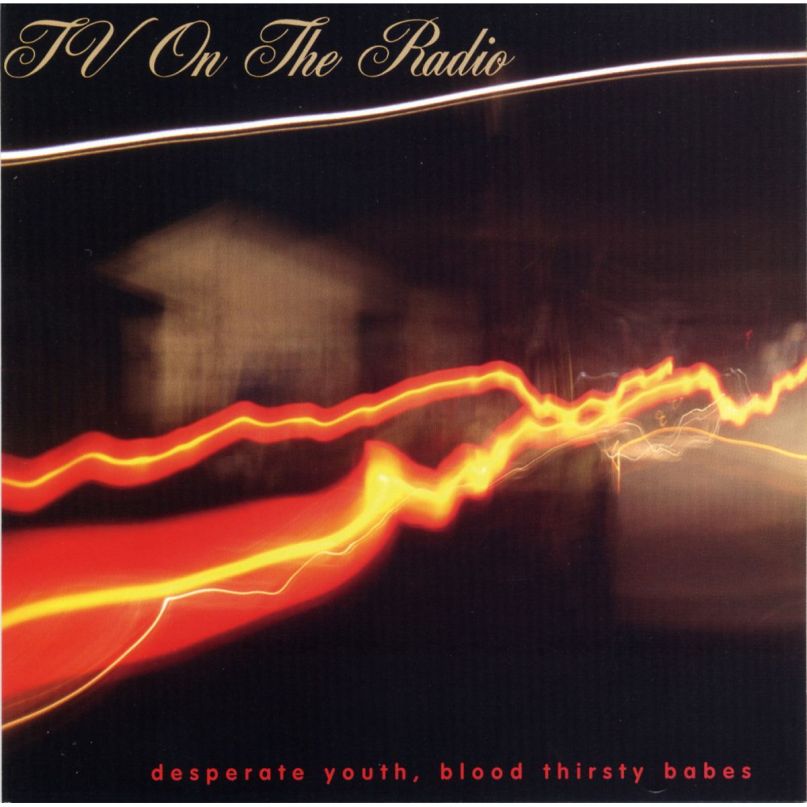 If you lived in New York City on March 9, 2004, and were fortunate enough to own a shower boom box — one of those waterproof jobs that runs on about a dozen D batteries and picks up television as well as radio signals — you might have started your day with a blast of cold water and Matt Lauer and Katie Couric chatting about Iraq, where an interim constitution had just been signed.

Matt and Katie may have also touched on the Hubble Space Telescope, which had just given man his “deepest telescopic view into the universe ever obtained,” according to the New York Times, and if you were getting a late start, you likely heard some noontime anchor talk about the suicide bombing in Istanbul and the death sentence handed down by the Virginia judge presiding over the “Beltway sniper” case.

If your window was cracked, you strained to half-hear these snippets of information about war and killing and technology over the sound of the water droplets hitting your hungover head and the din of the traffic — honking and reggae ton — outside on the street. You’d have had roughly the same experience had you gone up to the Virgin Megastore in Union Square, picked up TV on the Radio’s debut album, Desperate Youth, Blood Thirsty Babes (out that day on Touch & Go), and given it a deep listen.

TV on the Radio aren’t just a perfectly named band, though they most certainly are that. Forever buzzing and radiating, their blend of unctuous funk and industrial-grade indie suggests the collision of two forms of media. It’s like the nightly news is fighting Bad Brains, Prince, and Platters songs en route from the antenna to the speaker, where they all come through at the same time. They’re also the only band of the much-hyped ‘00s New York City rock revival that created a truly inimitable sound, and it’s for that reason that Desperate Youth, Blood Thirsty Babes doesn’t stand as one of the decade’s more influential albums. No one copied the formula because there wasn’t one to copy — it’s a chemistry unique to the individuals that made this music.

It is, however, one of the decade’s best albums, and as far as NYC debuts are concerned, it deserves to be talked about alongside 3 Feet High and Rising, The Ramones, and The Velvet Underground & Nico. And not just because it sounds like a mash-up of all three.

Like those records, Desperate Youth speaks to what was going on in the city, the country, and the world in general, which was in pretty bad shape. The disc opens with “The Wrong Way”, a song about racial stereotypes that suggests TV on the Radio were well aware of how strange they looked to some fans of alternative music. After all, the last group with a predominately black lineup that had made real inroads on the alt-rock charts was the Dave Matthews Band, and in interviews, TVOTR were constantly fielding questions about having two black singers, Tunde Adebimpe and Kyp Malone.

“Wake up in a magical nigger movie,” Adebimpe sings in the very first line, referencing those wise, mystical characters that black actors like Morgan Freeman always seem to play. “With the bright lights pointed at me/ As a metaphor/ Teachin’ folks the score/ About patience, understanding, agape babe/ And sweet, sweet amour.”

As Adebimpe realizes where he is and what part he’s been given, he’s unsure of how to react. Obviously, he’s talking about more than just Hollywood, and he first says he wants a “new negro politician” — this before many Americans even knew the name Barack Obama. He then changes course, admitting there’s “nothing inside me but an angry heartbeat.” All the while, the track grinds along, sax rubbing up against distorted guitar and bass over a clobbering beat and a high-pitched whistle aimed straight between the eyes.

Adebimpe, Malone, and producer/multi-instrumentalist Dave Sitek haven’t come to teach the world about “understanding” or “sweet amour,” but they do have things to say about the wars in Iraq and Afghanistan and the more mundane — though still quite devastating — conflicts common among young lovers.

On “Bomb Yourself”, a kind of grubby dub cut, Adebimpe’s apparent name-checking of Final Fantasy links warfare to video games, a fitting connection to make in the age of drones, while the breakup jam “Don’t Love You” hits just the right level of unpleasantness, thanks to that needling organ that never lets up. The a cappella “Ambulance” is Bobby McFerrin’s “Don’t Worry, Be Happy” recast as “We’re Doomed, Let’s Move in Together.”

Most of Desperate Youth is pretty bleak and icky, rock songs no one listens to for fun, slow jams that leave you feeling like you’ve just humped a subway pole, and yet on “King Eternal”, TV on the Radio shine a light from the pits of darkness. It’s a song about the end of the world, and these guys are ready — ecstatic, even.

“Cover your balls,” they sing. “’Cause we swing kung fu.”

Hell yeah, they do. In its stilted, subtle, skuzzy-pretty way, Desperate Youth, Blood Thirsty Babes is as dark as Interpol’s Turn on the Bright Lights (2002), as intense as Yeah Yeah Yeahs’ Sitek-produced Fever to Tell (2003), and as messily sexy as the Strokes’ Is This It (2001). It’s also very much its own thing, as “Wear You Out”, the spare lover-man soul tune that closes the album, makes clear.

“Let me wear you out,” goes the final line, which could obviously mean a couple of different things. TV on the Radio can’t decide if they want to get all up in your business or beat you down with talk of the apocalypse, but they don’t have to choose. On Desperate Youth, they do both at the same time.