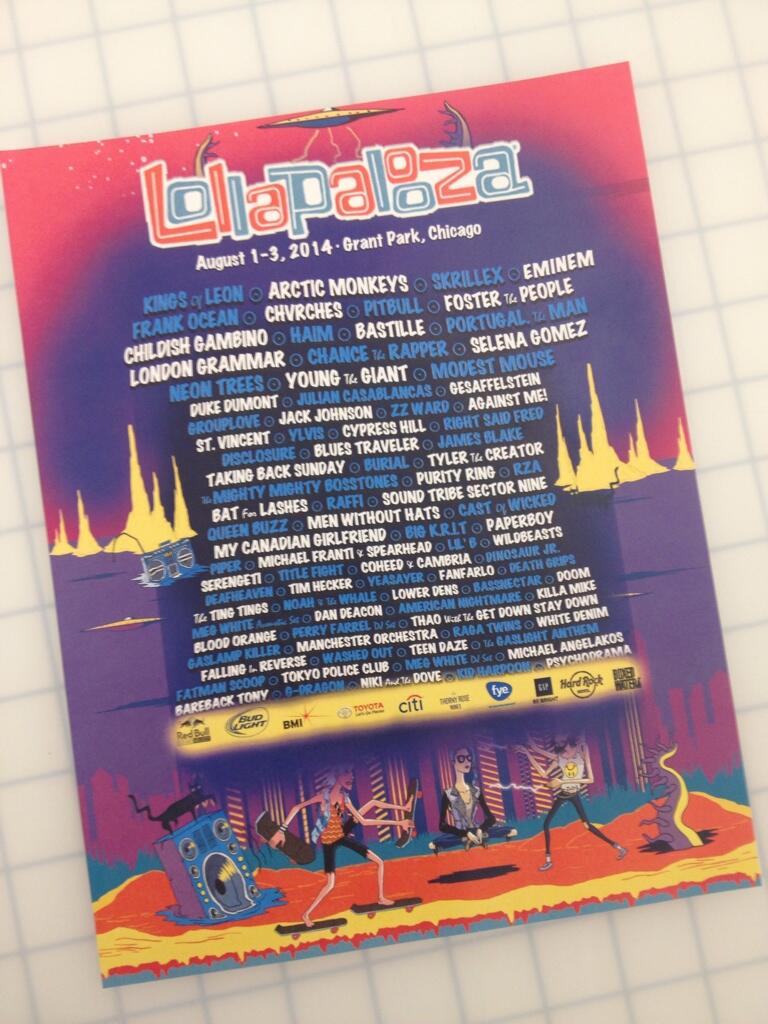 Lollapalooza’s 2014 lineup is expected to arrive this week. To hold you over until then, check out this really great, fake lineup poster. Yes, we’re sure it’s not real. Lolla has confirmed to us that Selena Gomez definitely isn’t playing the festival. But man, if it didn’t make us do a double take at first glance. Whoever took the time to photoshop together this fake poster, print it out, and take a blurry photo from a random angle certainly deserves our highest national accolade. Also, thanks for the laughs RE: Pitbull and the cast of Wicked.

In the meantime, you can stay up to date on the latest Lollapalooza rumors at Festival Outlook. In addition to Eminem, Kings of Leon, Arctic Monkeys, and Skrillex being among the reported headliners, current rumors suggest appearances from Nick Cave and the Bad Seeds, Lykke Li, Foster the People, Cut Copy, Chromeo, and Broken Bells.