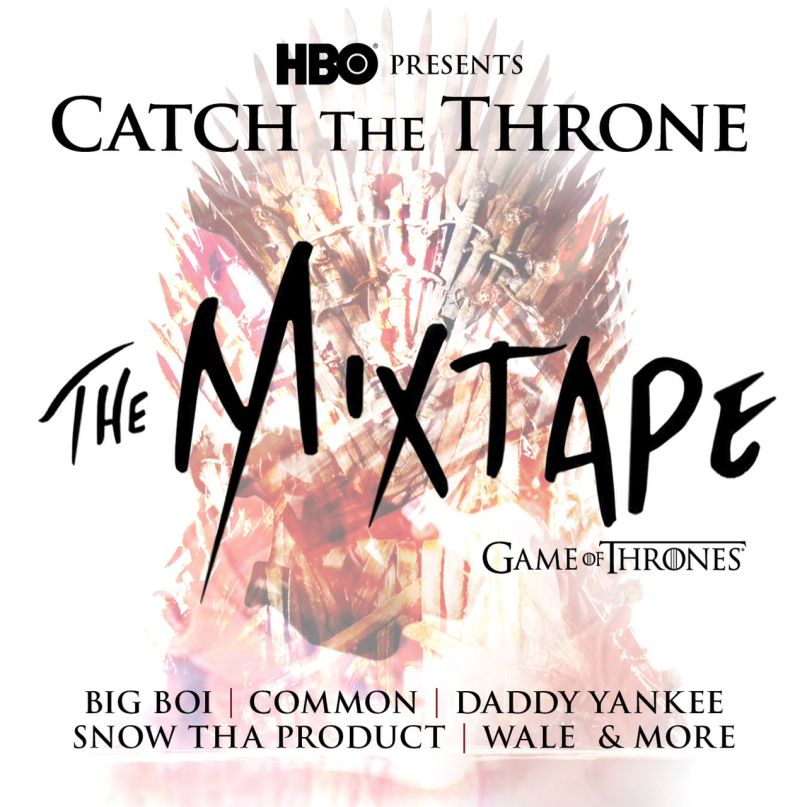 This album should not exist. But, alas, hip-hop has been an avenue for product placement at least since Run-D.M.C. first talked about their Adidas. It’s especially prevalent now, in this post-Magna Carta Holy Grail era, where artists and industry execs alike constantly scramble to squeeze revenue out of albums in new ways. It’s impossible, for instance, to imagine Big Boi writing Game of Thrones fan fiction without some Gold Dragon coinage being slipped in his direction. That’s the nature of the capitalistic music industry, though. It’s a beast as untamable as a dragon.

According to Game of Thrones Wiki lore, dragons cannot be tamed, but they can be trained or mastered. In that case, Big Boi, Wale, and Co. are the dragons to HBO’s Aegon the Conqueror. Trained to rhyme about anything that will remind listeners that season four debuts April 6th. Paid to promote. I imagine the contract called for at least one Lord Snow reference every 30 seconds. The dragons signed, then delivered.

The result sounds like little more than the best rappers in high school doing a creative book report project. The way they engage with the Game of Thrones text is unique and creative, but it’s tough to imagine anyone aside from hardcore fans of the series truly enjoying this.

Even for non-fans, however, the relationship between this mixtape and the source material is simple to understand. Game of Thrones has been an easy analogy for hip-hop ever since George R.R. Martin first put pen to paper. When a rapper declares authority over The Throne, there are multitudes of young Khaleesis that want to prove they’re the rightful heirs.

Big Boi is the most likely of this crew to obtain the spot on the Iron Throne, and he understandably receives top billing. Common is the other contender, and he’s one of the only mixtape members to employ a literary style that rivals that of George R.R. Martin. Common’s verse on “The Ladder” succeeds because it mostly steers clear of the direct, obvious references that plague the rest of the album (it even references other elements of pop culture that don’t directly lead back to HBO’s pockets), but the hook ultimately falls on the simple premise already exploited by Dee Goodz in track 7 — “Life is like a game of thrones.” Yes. That’s why the show is so successful.

This mixtape was intended to convert hip-hop fans to Game of Thrones fans. It attempts to do so by introducing tracks with Wu Tang-style audio snippets from the show and sampling the original soundtrack in the beats. Perhaps things should actually work the other way around. Game of Thrones fans who think Big Boi saying “Fuck the Lannisters and everybody ride with them” is dope should visit or revisit these artists’ other works instead. Spitting fire like Khaleesi could be a cool thing to say in any other song (that would potentially get rap fans to investigate the show), but here the references feel forced.

If anything, Catch the Throne should be viewed as a platform for lesser-known artists to get some airtime. Bodega Bamz’s old-school NY flow pulverizes the heavy beat of “Win or Die”, and Kilo Kush’s strange voice charms on “Magical Reality”. Maybach Music’s resident reggaeton artist Magazeen donates an undeniably catchy track with “Iron Throne”, and Snow tha Product’s track makes sense both thematically and in the context of her own place on the tape. She flows like a younger, hungrier Eminem, back when Em had something to prove. Here she’s trying to prove her worthiness despite her gender, much like Game of Thrones’ Arya. It’s Dominik Omega that tackles that character’s arc head-on, delivering an ambitious three verses of Arya-centric storytelling. That track includes the most detailed Game of Thrones research and wins the top grade in the book report category. Wale is also back, rapping over TV show theme songs again. There is also a song by Daddy Yankee.

This album should not exist. It does, though, so it’s best to focus on the positive things it has given us. It’s an approximately 20-minute commercial for HBO that takes itself too seriously, but has a decent soundtrack, and there’s nothing any of us can do about it (except purchase an HBO subscription in time for the April 6th premiere of season 4).