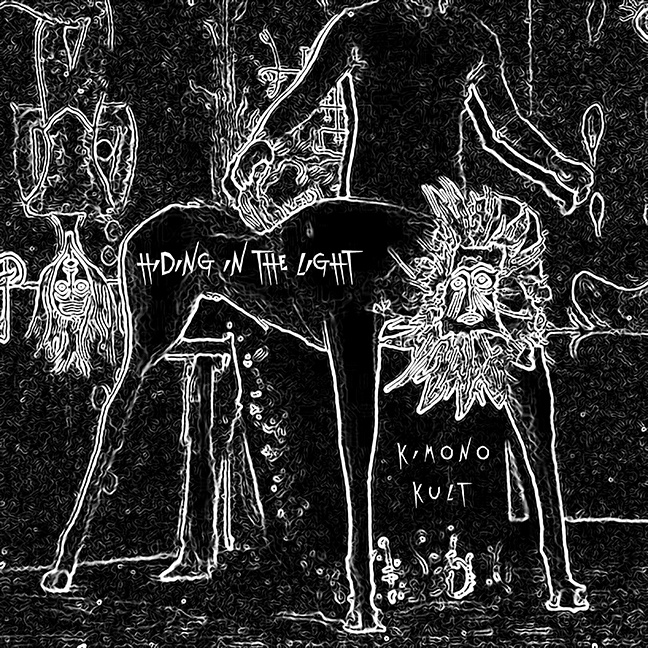 To call Kimono Kult a supergroup is misleading. Billed as a sextet featuring ex-Mars Volta guitarist Omar Rodríguez-López and ex-Chili Pepper John Frusciante, the project is actually the spawn of Swahili Blonde’s Nicole Turley. She plays 90 percent of the instruments in Kimono Kult and is the major songwriting force behind the debut EP, Hiding in the Light, with Rodríguez-López and Frusciante offering subtle collaborative gestures.

Naturally, press releases for the EP are quick to mention the involvement of these contemporary guitar gods, and eyes will automatically go to their names, not Turley’s. This does her music no favors; Kimono Kult’s brand of avant-electronica isn’t exactly catered for the legions of Mars Volta and RHCP fans this release will no doubt attract (though Rodríguez-López and Frusciante have done their share of musical experimentation through the years).

Promising closer “La Cancion De Alejandra” is the simplest and most accessible song here. Rodríguez-López’s arrangements aren’t manipulated this time, and the Spanish lyrics are accompanied by Spanish guitar. All the sounds click into place rather than intentionally not cooperating. It’s the only moment on Hiding in the Light where the music is given a chance to breathe.