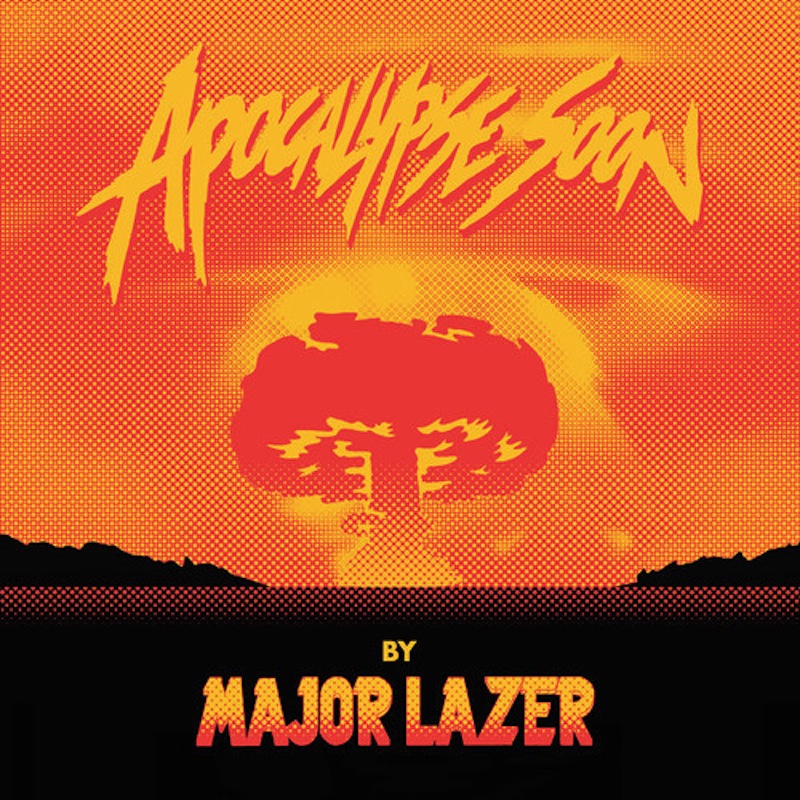 What started out as a series of on-campus DJ gigs more than a decade ago has turned into a globe-trotting fantasy for Diplo (aka Thomas Wesley Pentz). During these treks, Pentz has made a habit of assimilating regional dance floor aesthetics into his sweaty, often shirtless, club exploits. Along the way, this strategy has earned him a number of detractors, though they remain outweighed by the careers he has helped launch through his Mad Decent imprint and production credits. After his excursions through baile funk, Miami bass, New Orleans bounce, moombahton, and trap, Pentz continues to return to, and subsequently tweak, the riddims of Jamaican dancehall. The featured artists on Major Lazer’s newest EP, Apocalypse Soon, might be able to push a few extra downloads, but the concept has changed little since Major Lazer was first unveiled in 2008.

The disc’s biggest names, Pharrell Williams and Sean Paul, rest up front. Like Williams, the vibrant dub of “Aerosol Can” is timeless; unlike Williams, it’s shallow and predictable. Still, it’s nearly impossible not to be charmed by the pair’s weed references and subtle hat tip to a reggae legend: “When I was young and my dad had a reefer house/ Catch a contact and talk like Eek-a-mouse.” Aside from a fierce moombahton drop that is sure to be rinsed countless times this summer, “Come to Me” is easily skipped over as a flavorless Sean Paul remix.

His interests in dancehall far pre-dating the Major Lazer moniker, this project now seems like a way for Diplo to highlight that culture’s seminal artists. But nearly half the record — the cuts featuring Williams and Paul — comes off more as a marketing ploy than thoughtful collaboration.