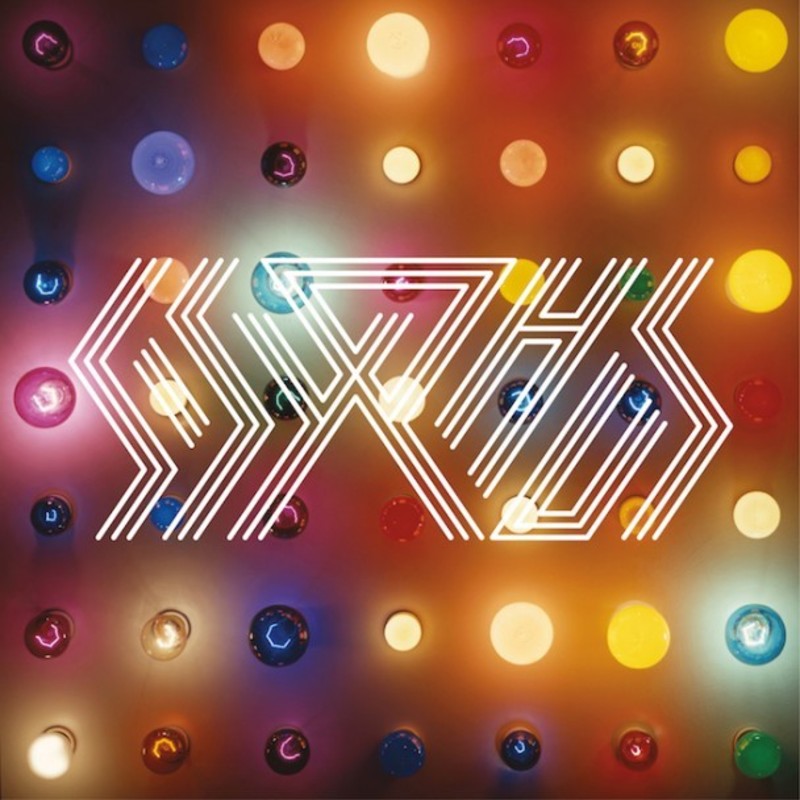 Were the sessions for Sisyphus like eternally rolling a boulder up a hill? Were the egos at work between Sufjan Stevens, Chicago-based Anticon rapper Serengeti, and NYC producer Son Lux akin to the hubris displayed by the band’s namesake? Two years ago, when the same trio made the lackluster but inoffensive Beak & Claw EP in 2012, they went simply by s/s/s. The change in moniker is noteworthy, and it engenders questions. If the album they’ve recorded in the subsequent year and a half were the sonic equivalent of the frustrating tedium of Sisyphus’ boulder, then the move would be both self-flagellating and hilarious. But Sisyphus is something more curious than that; it’s an experience in chrysalis, consistently threatening to birth something more, but never quite actually doing so.

The best thing to be said about Sisyphus is that the synthesis between the three artists never feels labored. (This is also maybe the most ironic thing about it.) Often, when established artists throw their lots in together, the results feel overworked, as if the various contributors kept stopwatches on hand to make sure no other sonic palette was getting more recognizable album time than their own. Or they feel too on the nose, an issue with the Album Leaf/Sun Kil Moon collaboration from last year, which lacked emotional impact because you could perfectly imagine its exact sound without actually listening to the record. These types of collaborations find the artists involved saying nothing new, and end up as nothing more than completionist curios.

So, it’s encouraging to see a moment like the alternately blistering and wavy “Flying Ace”, which doesn’t sound much like anything any member of Sisyphus has done before, but it somehow seems to recall each individual collaborator. This effortless combination allows the group to play against that type, too, deliberately crafting “Sufjan” moments, like the very Illinois-esque little chorus moments on “My Oh My”. Whereas most of these projects seem to request your attention merely by the virtue of the names involved, the deft way in which Sufjan, Ryan Lott (Lux), and David Cohn (Serengeti) have found shared ground demands that attention.

But once it has that increased attention, that’s where Sisyphus seems to fall apart. For every one of its musically evocative, emotionally effective ideas — those moments on “My Oh My”, the fractured Def Jux evocation “Dishes in the Sink” — there are moments that range from mildly head-scratching (the whitewashed idea of boom bap on intro “Calm It Down”) to genuinely annoying (the agonizingly long static bumblebee buzz that ends “Hardly Hanging On”) full-on double facepalm nonsense (the very stupid “Dance dance/ Booty in the pants” chant of “Lion’s Share”). While the three have found a way to effectively forge a sound unique to the Sisyphus project, they haven’t found a way to translate that to consistently engaging music.

Closing track “Alcohol” is a perfect microcosm of both the album’s strengths and weaknesses. It opens with some sub-Yeezus industrial rap nonsense, but around a minute in it quits trying to be “Black Skinhead” and dives into some subtle, washing synths, highlighted by arcing siren calls. Then Serengeti says “I’ll suck out your dick with the devil’s integrity,” and there isn’t an emoji in the world disapproving enough to communicate how stupid it sounds. A swelling, psychedelic string section and some reversed vocal calls try to save the song’s (and thus the album’s) coda, but you’re still left with that line as the last memorable thing the project leaves you with, and that sits pretty poorly.

Serengeti is the weakest member of the trio by far, and he suffers here from the same problem that many of Anticon’s most visible rappers have: In his efforts to say smart things, he often either stumbles into dumb ones or finds himself saying nothing at all. “I’m a cancer/ Got all the answers/ Catch me on the flip/ I’m a motherfucking dancer” is an actual couplet on the very irrelevant “Booty Call” that was written, presumably, by an adult. Later, on “My Oh My” he literally says “being involved” is “nothing [a] manic pixie dream girl can’t solve,” adding nothing to what has been a cringe-worthy trope for years now. While Cohn has his moments — “Dishes in the Sink” is the best of these, and the opening of “Rythm of Devotion” finds him absolutely blistering with energy as well — his presence ends up being a net minus.

Additionally, while Sisyphus succeeds in not conforming too much to the sounds of its individual members, it doesn’t sound too different from a standard Anticon rap release. Between Son Lux and Sufjan, the sound palettes of Sisyphus should be limitless, but they often just sound like leftovers from those early cLOUDDEAD albums, cleaned up for Sufjan to infuse with his fey, delicate vocal magic. While Sisyphus doesn’t sound like an interminably boring case of forever rolling boulders, it does fail to live up to the talents of its cast.