The Coathangers – Suck My Shirt 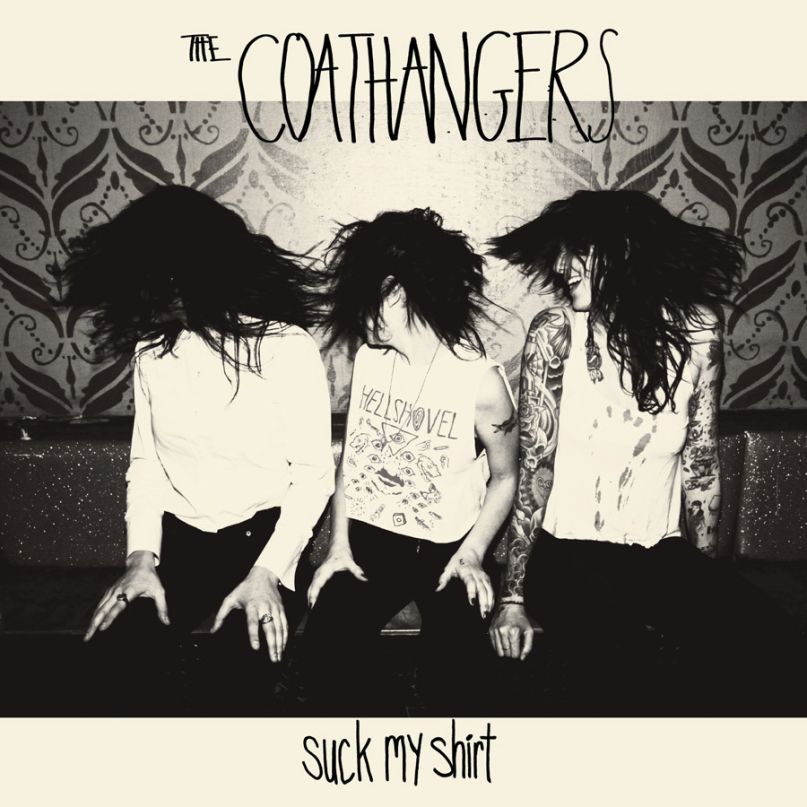 Since their self-titled 2007 debut, The Coathangers have been spitting out playfully venomous guitar rock that sneers with “anything you can do, I can do better” attitude. Not half as serious as the progenitive riot grrl of Bikini Kill but not nearly as polished as the Donnas, the Coathangers write surly, puerile songs that are high on youthful boisterousness. With song titles like “Shut the Fuck Up”, “Don’t Touch My Shit”, and “Trailer Park Boneyard”, the band clearly revel in their adolescent ways. No regrets.

If we’re going on titles alone, Suck My Shirt, the Atlanta band’s fourth full-length record and first since 2011, would seem just as set in sophomoric stupor as the band’s previous efforts. But while they haven’t gone soft on us by any stretch, Suck My Shirt is the work of a group trying to wipe the smirk off their faces. The album’s 10 tracks remain bratty and boisterous, but there’s reason to suspect that this time around the Coathangers are taking snotty somewhat more seriously. Take Minnie Coathanger’s confession on, “Love’Em or Leave’Em”: “I know it’s hard/ I know it’s hard to love me.” Good luck finding that kind of soul searching on an old song like “Nestle in my Boobies”.

While the Coathangers exhibit shades of thematic growth on Suck My Shirt, much remains the same for the band. Even though they’re working as a trio without the services of former keyboardist Bebe Coathanger, the same genre nods continue to define the band’s sound. “Shut Up” cruises a wave of surf-tinged garage pop, “Merry Go Round” bristles with post-punk energy, and other tracks like “Smother” just hurtle forward with three-chord punk prowess. Suck My Shirt isn’t a huge departure for a band that likes their place in the garage, but it’s enough to keep fans busy without dulling the edges.