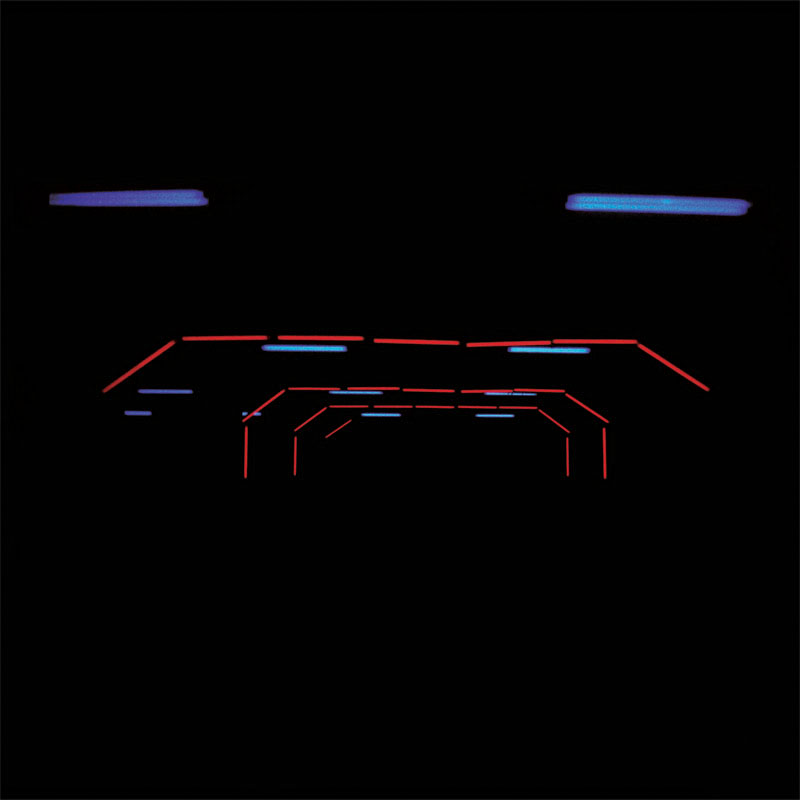 “There’s a little wandering rat” Maya Postepski (also of Austra) spoke of on “This Ready Flesh”, from Trust’s 2012 debut, TRST. It’s “In the photographic alley/ He’s walking to the street/ Going to the bar.” With Trust’s sophomore album, Joyland, this verminous personification of aimless street grime is abandoned for something less thoughtfully dirty and dark. Also gone is Postepski herself, leaving Robert Alfons the current solo member of Toronto outfit Trust.

What does it mean to “trust” sound? To “trust” music? The dictionary noun itself, trust, for one, is a concept dangerous to the myriad connotations implied by TRST’s glory holes, “ready flesh,” dark dance of “Heaven”, and the beautifully textured closer “Sulk”, in which Alfons moans “I pray to my sulk/ I’m safe with my sulk.” The object of that trust is not necessarily the lifestyle laid out by song titles and lyrics, but rather the emotional storytelling itself, one immersed in surreality and drenched in dance depression. Alfons relates well to the synthpop loudness and lyrical opacity of touring partners Crystal Castles, whose sound has transitioned, over the years, from loud, 8-bit dance pop to a heavy, dark world of texture.

What does it mean to “joy” in sound? To “joy” in music? Alfons, again, given his contextual genre, proposes an ironic question. The androgyny that smothered TRST (whose queer culture-influenced album artwork features a figure painted in different skin tones and makeup, and draped in a mash of jewelry, leather, and silky, black apparel) is exchanged on Joyland for an intensified ambiguity bathed in technological sentiment. The new record’s album artwork, an overwhelming black image whose blue and red dashes and lines create a tunnel of endless darkness, highlights the progress Alfons has made in abandoning the superficiality of TRST for something truer to the nature of emotional darkness: subjective inexactness and uncertainty of meaning. This obscurity in Joyland’s journey into blackness cleverly contradicts its implications of “joy,” a state of self-assurance and happiness.

Considering the album’s sequencing, this contradiction not only plays out in emotional undertones, but also in the record’s sonic undercurrent. Opener “Slightly Floating” isn’t really “slight”, but it is floating, a very slow, ethereal build to what, proven by the following track, “Geryon”, are the gates of wall-bouncing gothic synthpop. “Capitol”, released before the record (along with “Are We Arc?” and first single “Rescue, Mister”), lyrically embodies the dark, emotional depths conveyed in the album’s artwork. “Set forth for the island/ She went for the sky,” Alfons sings. “We need all the stairs now/ We’re staring at heights.” He frames this glance into the unfathomable with a bolt of synthpop tinged with magical glitches and blips, a sound reminiscent of a celestial world darkened by black holes and technology. He ends the track by aching “Well, I got,” over and over, until it bleeds into and synchronizes with intense bass booms and robo-bird chirps.

On one of the album’s strongest tracks, “Are We Arc?”, Alfons expresses a desire that illuminates the sexuality of TRST, but doesn’t indulge in it. He repeatedly begs in his high-pitched techno-croon: “Lasso me.” In combination with his “joy personified,” Alfons ties the track together through amalgamating the cyclical brokenness of “arc,” the circular perfection of the “lasso,” and the exemplification of joy that makes the album glow in its entirety. Located in the heart of the album, “Are We Arc?” asks the question most important of Joyland, probing a contemplation of how “whole” one feels within the context of listening to an “eruption of guts, eels, and joy.”

Whether or not this “eruption” is joyous is a question answered by the record’s hefty final five tracks, “Four Gut”, “Rescue, Mister”, “Lost Souls/Eelings”, “Peer Pressure”, and “Barely”. As the titles suggest, the tracks convey bizarre imagery of those promised guts and eels, while simultaneously altering grammar and spelling. “Four Gut” isn’t all that explosive, but rather a collected, paranoid track which finds Alfons whispering something that sounds like “lock them up.” This display of confident control is then “erupted” in the cacophony and eerie vocals of “Rescue, Mister”, in which Alfons reintroduces the ideas of “Arc”: “Answer the circle, ’cause it’s time in the night/ After searching for a sadder life.” Does Alfons want rescue, or is he celebrating the revelation of joy within an ironic search for sadness? That remains unclear, but he’s clearly amused by this irony, humorously poking and prodding with his gothic tendencies and rhythmic synthesizers.

“Lost Souls/Eelings” answers “Rescue, Mister” with contrasting, bouncing synths, long ambient fadeouts, and imagery of “eelings.” An “eeling,” perhaps, is a “feeling” with the direct connotation of snakelike, slimy eels? Whatever an eeling is, it’s the perfect made-up word of choice for the place called Joyland, a world that Alfons has so masterfully crafted. “It’s never what I wanted it to be,” he says on closer “Barely”; he’s as close to joyous as possible in a depthless, dark soundscape where we’re really never quite happily satisfied, or arc’ed, so to speak.

Essential Tracks: “Are We Arc?”, “Rescue, Mister”, and “Lost Souls/Eelings”