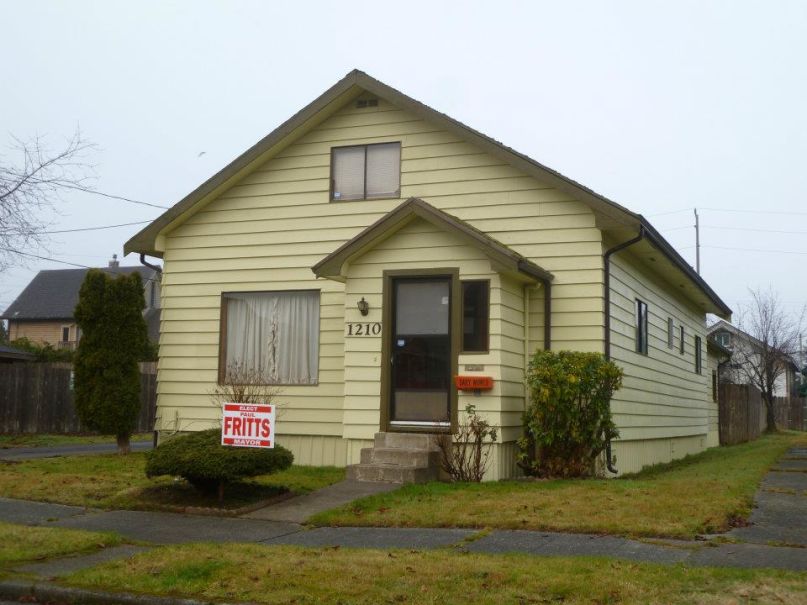 In a year that remembers the 20th anniversary of Kurt Cobain’s death with not just one, but two days of commemorative activities, and with Nirvana’s impending induction into the Rock and Roll Hall of Fame next month, the opening of a museum dedicated to the frontman seems like the next logical step.

One Portland resident, Jaime Dunkle, would agree. According to the Broward-Palm Beach New Times (via Pitchfork), the 33-year-old journalist recently launched a formal campaign to help turn Cobain’s childhood home in Aberdeen, WA into a museum.

The house, which includes Cobain’s original bedroom walls, mattress, and other family possessions, was put up for sale last fall by Cobain’s mother Wendy O’Connor and sister Kim Cobain for a hefty price tag of $500,000.

Dunkle, a longtime devotee of Cobain’s music, is hoping to raise at least $700,000 via GoFundMe to make “sure this house is memorialized by us fans so it doesn’t end up in the clutches of capitalist greed.”

In order to gain approval for the museum, she reached out to the real estate agent and O’Connor, detailing her career achievements and relevant qualifications for such a project. Both parties were receptive to the idea and even arranged for Dunkle to see the house. Now, it’s just a matter of pulling in the funds. At the time of publishing, $135.00 had been raised.

For more information on the campaign, visit Dunkle’s GoFundMe page.

Below, watch a clip of Dunkle’s tour through the house: