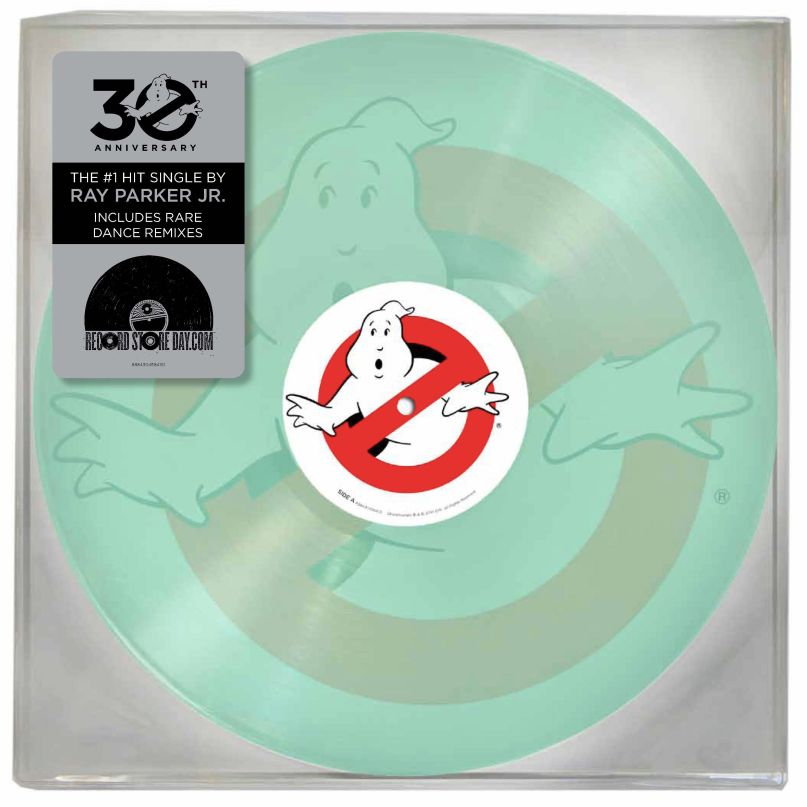 Because there wasn’t enough awesome stuff coming for Record Store Day 2014, a glow-in-the-dark 10-inch vinyl of Ray Parker, Jr.’s classic Ghostbusters theme song has just been announced. Listed as an “RSD First” release, the single comes to commemorate the film’s 30th anniversary. In addition to the original track, the release will contain an instrumental version, a rare dance remix, and a dub version.

Who ya gonna call? Every record store in the New York area until I find someone who has this thing. Watch the video for “Ghostbusters” below. (And R.I.P. Harold Ramis, Egon for eternity.)